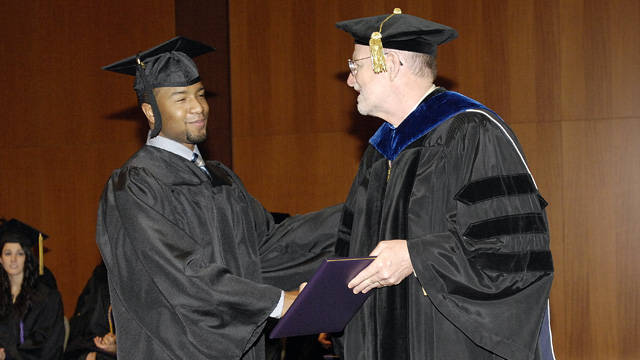 The quintet wrap up their careers against Penn State on New Year’s Day at the 2010 Capital One Bowl in Orlando as the Tigers look to finish the decade with their 100th victory.

Track and field added four graduates highlighted by Kayann Thompson, who picked up All-America honors a season ago as a member of the Lady Tigers’ 4×400-meter relay team. She ran the second leg of the national runner-up at the 2009 NCAA Division I Outdoor Track and Field Championships. Sprinter Monique Cabral, distance runner Christina Porter and shot putter Adam Wilcox also graduated.

The defending national champion baseball program graduated three players. Derek Helenihi batted .255 with four homers and 23 RBIs and started at third base in all six games at the College World Series. He recently signed with the Chicago Cubs. Chris McGhee played in 138 games during his four-year career sparked by a .286 clip in 2009, while Farnsworth was a three-time SEC Academic Honor Roll pick.

A pair of tennis standouts in James Cluskey and Megan Falcon earned their degrees. Cluskey was a dominant force racking up 82 doubles victories during his tenure and was ranked as high as No. 3 with partner Ken Skupski in 2007. He also garnered spots on the 2008 SEC Academic Honor Roll and the 2009 SEC Community Service Team.

Falcon is LSU’s only three-time singles All-American and finished her career ranked among the nation’s top 20 in singles and doubles. She also held the No. 1 spot during the 2007 fall season and amassed a 99-18 career record to rank No. 8 on the program’s all-time wins list. In the classroom, Falcon was named an ITA Scholar-Athlete for two consecutive seasons.

Volleyball’s Elena Martinez was a two-time SEC Defensive Player of the Year and AVCA All-America Honorable Mention selection during her career. She racked up 1,414 career digs good enough for second place in program history, including a program single-season mark of 740 in 2007.

Klein, a member of back-to-back Super Six squads for the gymnastics program, was a four-time SEC Academic Honor Roll and Scholastic All-American honoree for LSU. She finished second on the floor with a score of 9.925 at the SEC Championships en route to All-SEC Second-Team accolades in 2007.