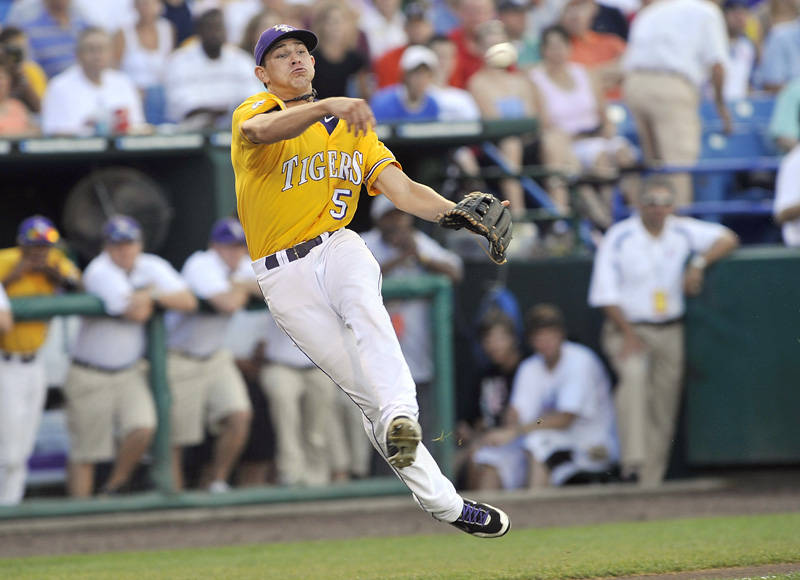 BATON ROUGE — Derek Helenihi, the starting third baseman during LSU’s drive to the 2009 national championship, has signed a free-agent contract with the Chicago Cubs and will join the club for spring training.

Helenihi, a native of Livermore, Calif., played in 45 games (27 starts) last season, batting .255 (27-for-106) with two doubles, one triple, four homers, 23 RBI and 20 runs. He started at third base in all six of LSU’s College World Series games, making several outstanding defensive plays while posting a 1.000 fielding percentage in 17 chances.

Helenihi was 3-for-6 in the NCAA Super Regional versus Rice with one homer, two RBI and one run — the homer and two RBI came in Game 2 of the Super Regional, a 5-3 LSU win that advanced the Tigers to the CWS. He also launched a three-run homer versus Alabama in the SEC Tournament that proved to be the difference in the Tigers’ 9-6 win over the Crimson Tide.

Helenihi ripped an inside-the-park home run versus Grambling on April 8, the first in the history of the New Alex Box Stadium.

Helenihi, who transferred to LSU prior to the 2008 season from Ohlone College in Fremont, Calif., recorded a .282 career batting average, playing in 108 games with 85 starts over the past two years. He collected 12 doubles, five triples, seven homers, 66 RBI, 62 runs and 15 steals in helping the Tigers reach the College World Series in consecutive seasons.