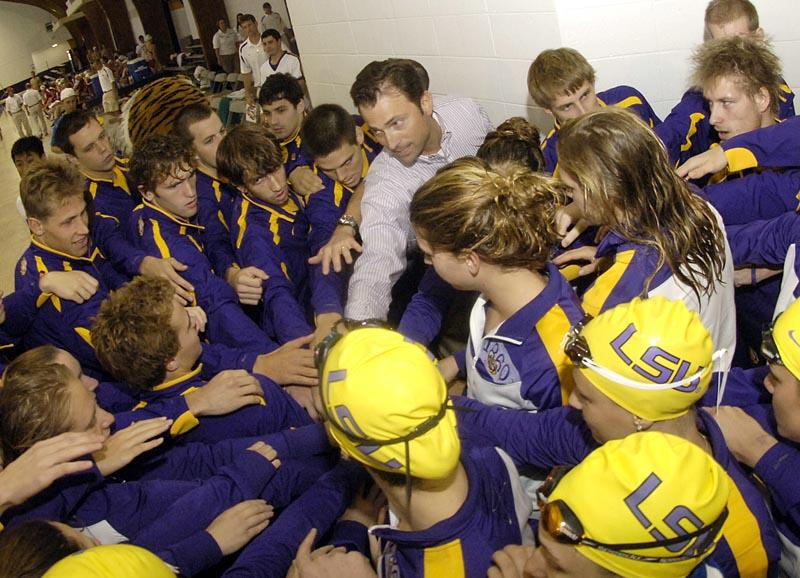 BATON ROUGE — The LSU men’s and women’s swimming and diving teams will go into the new year and second half of the season nationally-ranked as each remained ranked in its respective monthly poll released by the College Swimming Coaches Association of America Tuesday.

The LSU men (1-4, 0-3 SEC), who have been ranked as high as No. 15 this season, are 18th in the latest poll. The Tigers last competed as a team in November when they emerged victorious at the University of Houston’s Cougar Classic Fall Invitational. The Lady Tigers (2-4, 0-3 SEC), who placed third out of nine teams in Houston, remained at No. 21.

The swimming teams will race again in the beginning of January with several competitions in the state of Florida before returning home for their annual dual meet with Texas A&M. However, the LSU divers return to action this week when they compete in the University of Alabama’s Christmas Diving Classic, beginning Dec. 17.

The Tigers are one of seven Southeastern Conference teams represented in the men’s poll, while the LSU women are one of six SEC squads in the women’s rankings. The Georgia women led the way for the conference as the Lady Bulldogs held onto the top spot in the women’s poll.

The CSCAA rankings are based on each team’s best dual-meet lineup as judged by voting coaches. The next set of polls is scheduled to be released on Jan. 6, 2010.