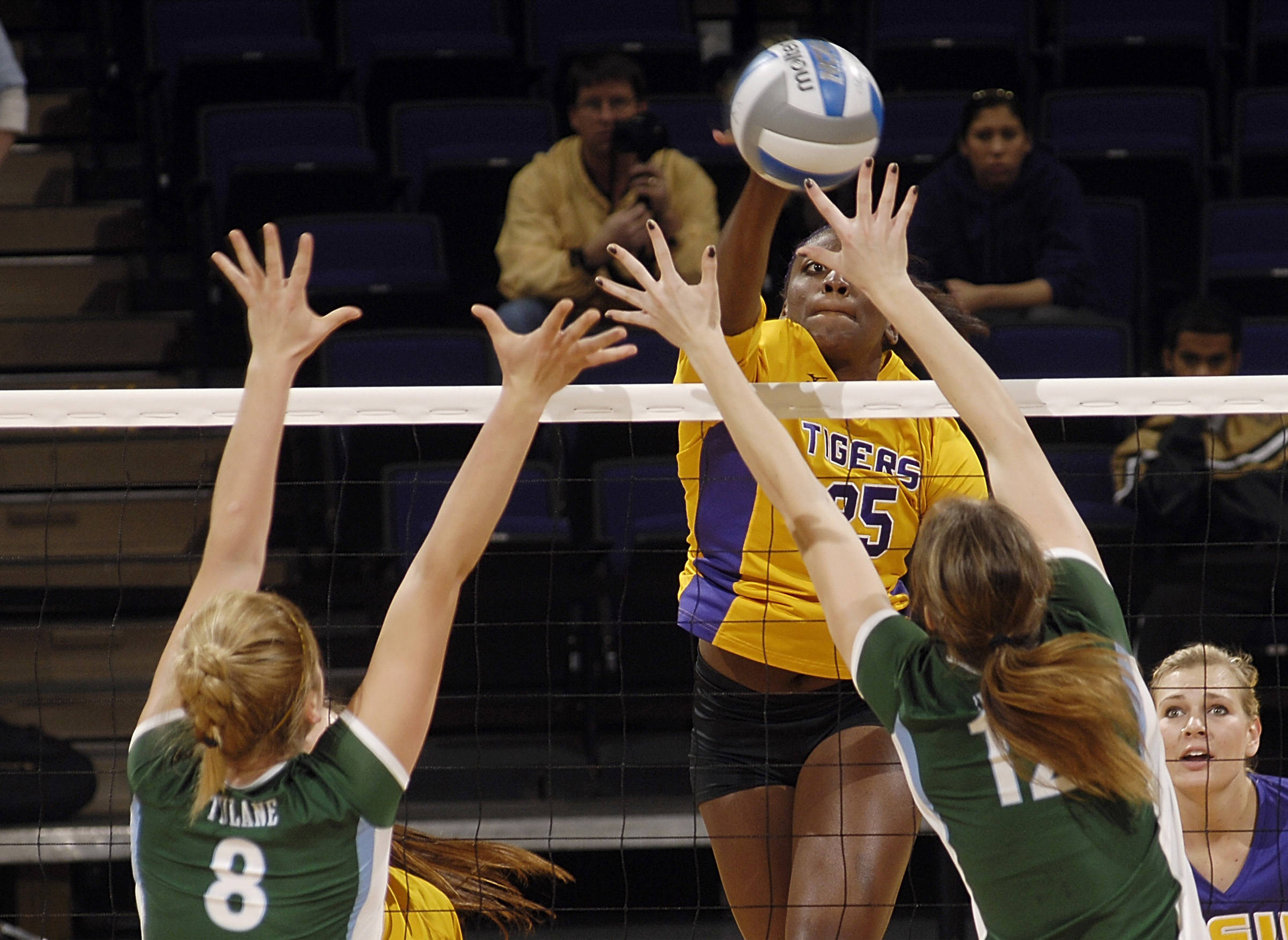 Cooper was a near unanimous choice as the state’s best offensive player, picking up 10 of the 11 votes of volleyball SIDs throughout the state. She adds the LSWA honor to her Southeastern Conference Player of the Year award, leading the league and ranking 13th nationally in hitting percentage at .390. She also led the SEC in blocks per set (1.32) and averaged 3.44 kills per set, seventh nationally. The senior from Houston had double-digit kills on 21 occasions.

Valenti, a junior from River Ridge, La., had the third best single-season in school history for the Privateers with 597 digs and a 4.70 digs per set average. She ranked among national leaders in digs per set most of the year and was labeled the team’s most consistent player by head coach Jozsef Forman as she helped UNO to their first-ever SBC Western Division championship.

The Newcomer of the Year transferred to Tech from Houston after her freshman season and the Sofia, Bulgaria sophomore led the Lady Techsters and was second in the Western Athletic Conference with 10 double doubles. She recorded a career high 16 kills in a win over Centenary while also totaling 19 digs. Her career high of 22 digs came in Tech’s first-ever win versus Utah State.

Flory took her team to its first SEC regular season crown since 1991 with a conference mark of 18-2 as LSU won 24 matches overall and advanced to the second round of the Tigers’ fifth-straight NCAA Tournament. The five straight post-season NCAA appearances is a school record and LSU is one of only 20 programs to qualify for five straight NCAA appearances. She was also named the SEC Coach of the Year.

The team was chosen by the volleyball SIDs of the state, based on nominations made by each school. Voters voted for 12 players, with 12 being their top selection. Total points determined placement on the teams.

LSWA ALL-LOUISIANA COLLEGE VOLLEYBALL TEAM
(NOTE: Six players picked on each team regardless of position based on points; Libero chosen on first and second team vote only, no points awarded).