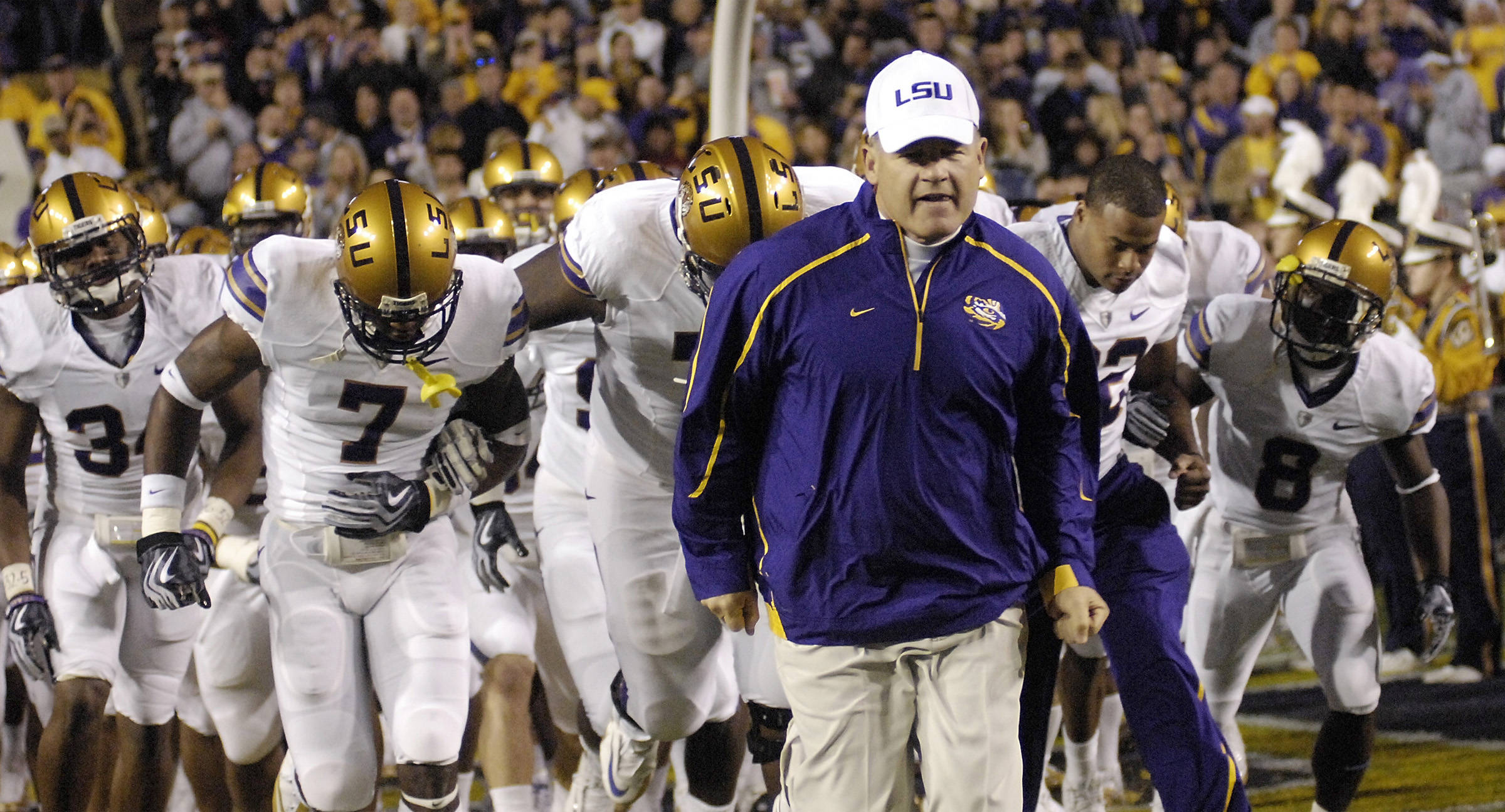 “Billy comes to us with tremendous experience and great knowledge of the game,” Miles said. “We’ve played against Billy and we know first-hand how he prepares his players to play. His receivers were always tough, fundamentally sound and they were always very well prepared.

“We feel like Coach Gonzales will be able to instruct, mentor and increase the production at the wide receiver position. He’s a great addition to our staff.”

Prior to joining the LSU staff, Gonzales served under Urban Meyer since the 2001 season at Bowling Green. Gonzales coached for two years at Bowling Green before moving on with Meyer to Utah for the 2003 and 2004 seasons. Gonzales arrived at Florida in 2005, and during his five years with the Gators, he sent six players to the NFL Draft, including 2009 first round pick Percy Harvin and Chad Jackson, a second round selection by the New England Patriots in 2007.

In 2009, Gonzales helped the Florida offense rank first in the Southeastern Conference and 12th in the nation in total yards with 442 per game. The Gators averaged 217 passing yards per game.

In 2007, Gonzales assisted Andre Caldwell in becoming Florida’s all-time leader in receptions with 185 for his career, while a year earlier, Dallas Baker set the school record for single season catches with 88.

From 2005 to 2008, Florida produced two first-team All-SEC wide receivers and a pair of second-team all-conference receivers.

Gonzales spent 2001 and 2002 at Bowling Green, serving as wide receivers coach and co-recruiting coordinator. The Falcons were 17-6 in his two years at the school and in 2002, Bowling Green ranked No. 3 in the nation with 48.0 points per game. The Falcons also averaged 448.9 yards per game in 2002, a figure that ranked No. 9 nationally.

Gonzales broke into full-time coaching at the Division I level in 1997 at Kent State, where he spent four years with the Golden Flashes coaching running backs in 1997, before moving to wide receivers for the next three years. Gonzales coached for two years as a graduate assistant at Kent State from 1995-96, where he received his Master’s Degree in Sports Administration.

A four-year letterwinner at Colorado State and a two-year starter at wide receiver, Gonzales helped the Rams to a 9-4 record in 1990 and a win over Oregon in the Freedom Bowl that year. Gonzales is a 1994 graduate of Colorado State University. He’s married to the former Julie Hall and the couple has two children, Cole and Caylynn.