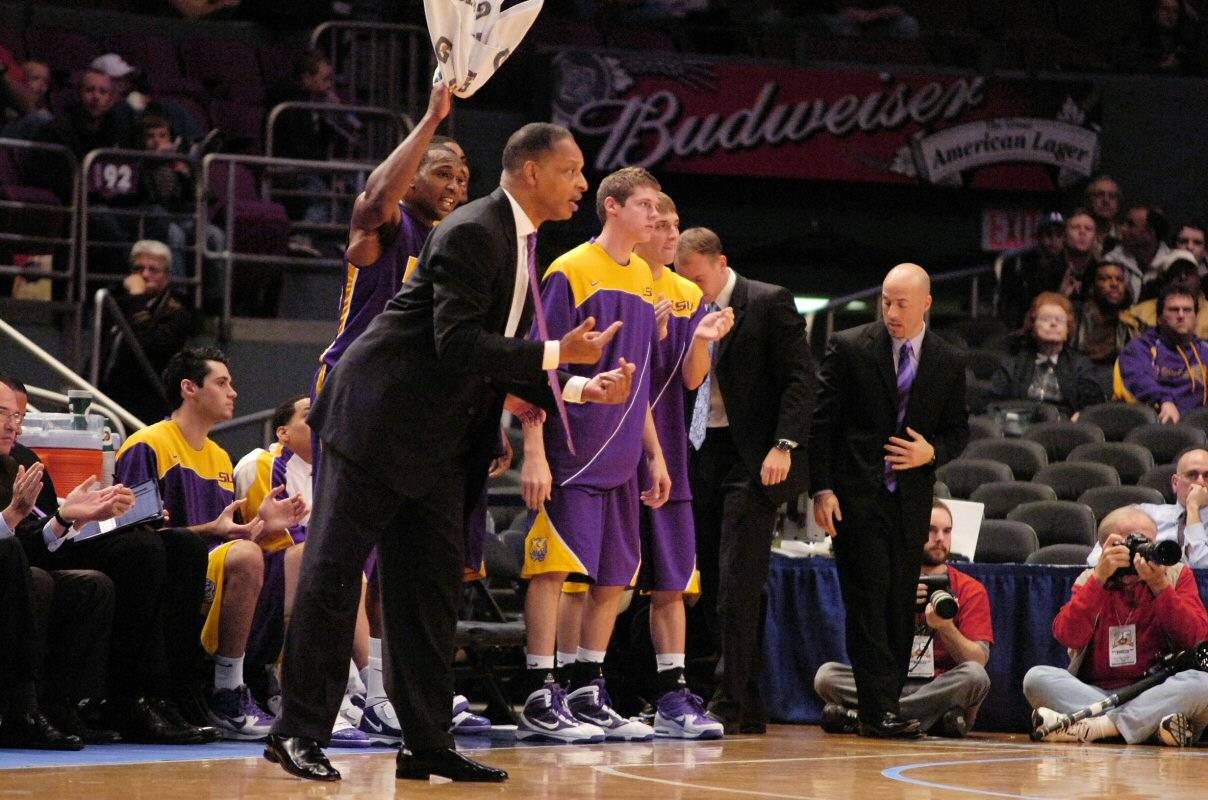 BATON ROUGE — After a 10-day break for final exam, the LSU men’s basketball team begins a stretch of four home games in eight days when they host the Northwestern State Demons Saturday night at 7 p.m. at the Pete Maravich Assembly Center.

There is no television for the game but the radio broadcast of the game will be available on the affiliates of the LSU Sports Radio Network (New Country 100.7 The Tiger) and in the Geaux Zone at LSUsports.net. Members of the Geaux Zone can take advantage of video streaming of the TigerView cameras from the PMAC as well of the contest.

Tickets for the game are available during the day Saturday at LSUsports.net and beginning at 5:30 p.m. at the upper ticket windows of the Maravich Center.

LSU is 4-2 after a 66-58 win over Louisiana-Lafayette back on Dec. 1, but the Tiger coaches and even the Tiger players realized they did not play at their best and that has changed the tenor and tempo of the practice sessions that LSU has gotten in around final exams, which ends Saturday on the campus.

“I always talk about being aggressive, and that’s one of the things with us,” said LSU Coach Trent Johnson. “We can’t let a missed shot or a bad play dictate how we compete at the other end of the floor. We can’t feel sorry for ourselves because of an injury or a mood swing here or there. That’s probably been the one thing that has been going on during the course of these last three or four days of practice. Our mental and our physical toughness are being challenged on every possession. You have to stay aggressive. You know that old term, ?Woe is me?’ There is no feeling sorry for ourselves. We’ve got to compete, and like I told them, let your ability to set a screen, let your ability to defend, let your ability to sprint back on defense dictate the kind of player you are, not whether you make an open jump shot or miss an open jump shot. Defense, rebounding and taking care of the ball is going to give you a chance to stay in games and compete.”

LSU may be playing with or without Dennis Harris, who has started in two of the last three games for the Tigers. Dennis, who suffered two herniated discs in the summer, tweaked the injury this past week and had not been able to practice most of the week. He will be a game-day decision as to his status. That could move freshman Eddie Ludwig or sophomore Garrett Green into that spot.

Point guard Bo Spencer is listed at 90 percent with his sprained ankle he suffered in the UConn game (11/25) and Coach Johnson said his work in the practices leading to the game would determine his return to the starting lineup.

“You look at the two teams that have beaten us, obviously UConn and then an Arizona State team that to the people who don’t follow them very well is a very good basketball team. That’s a team that is an experienced group who returned everybody with the exception of two guys who are playing in the NBA. Even if we had Bo, we were going to have to play extremely hard and play extremely well to beat them,” said Johnson. “We’re addressing all of that on a constant basis as a staff and putting these guys in situations whether they are on offense or defense. Offensively, you have to pass and catch. You have to set a screen. You have to make good passes. If you are in the post, you have to shape up with two hands and be strong with the ball and make a good play, and if you have an angle to the basket, shoot a good, strong, hard, powerful lay up as opposed to being timid because there may be a little contact.

“It’s not easy. When you’re inexperienced or use your inexperience as an excuse, that doesn’t work. The bottom line is you have to play. Everybody here has an opportunity to play and make plays, and we all have to get better at that. In terms of what has been going on the last two or three days. Storm has been Storm. He’s been out there and competing his tail off. Tasmin is finding another gear. He is competing his tail off and so on and so forth, but we need to have everybody in that respect.”

The Demons are 4-3 on the season with wins against East Texas Baptist, Houston Baptist, Centenary and LSU-Shreveport. Northwestern State has losses to Texas Tech, Indiana and Louisiana Tech.

Mike McConathy is in his 11th season at Northwestern State and his team is led by Damon Jones, averaging 15.1 points a game. Devon Baker is averaging 13.2 points off the bench, but has missed the last two games when injured early against Centenary (11-30). Will Pratt (10.7) and Dominic Knight (10.2) also are averaging in double figures for the Natchitoches-based team.

This is the seventh time the teams have met since the series was resumed in 1989 with LSU winning all six meetings. This is one of Louisiana’s oldest active college basketball series, dating back to the 1915-16 season.

Following Saturday’s game, LSU will host Southeastern Louisiana on Monday at 7 p.m., Nicholls State on Thursday at 7 p.m. and then wrap up the home stand with a 1 p.m. game on Saturday, Dec. 19. The Nicholls State and Rice games will be televised on CST. Tickets for all the games are available at LSUsports.net.