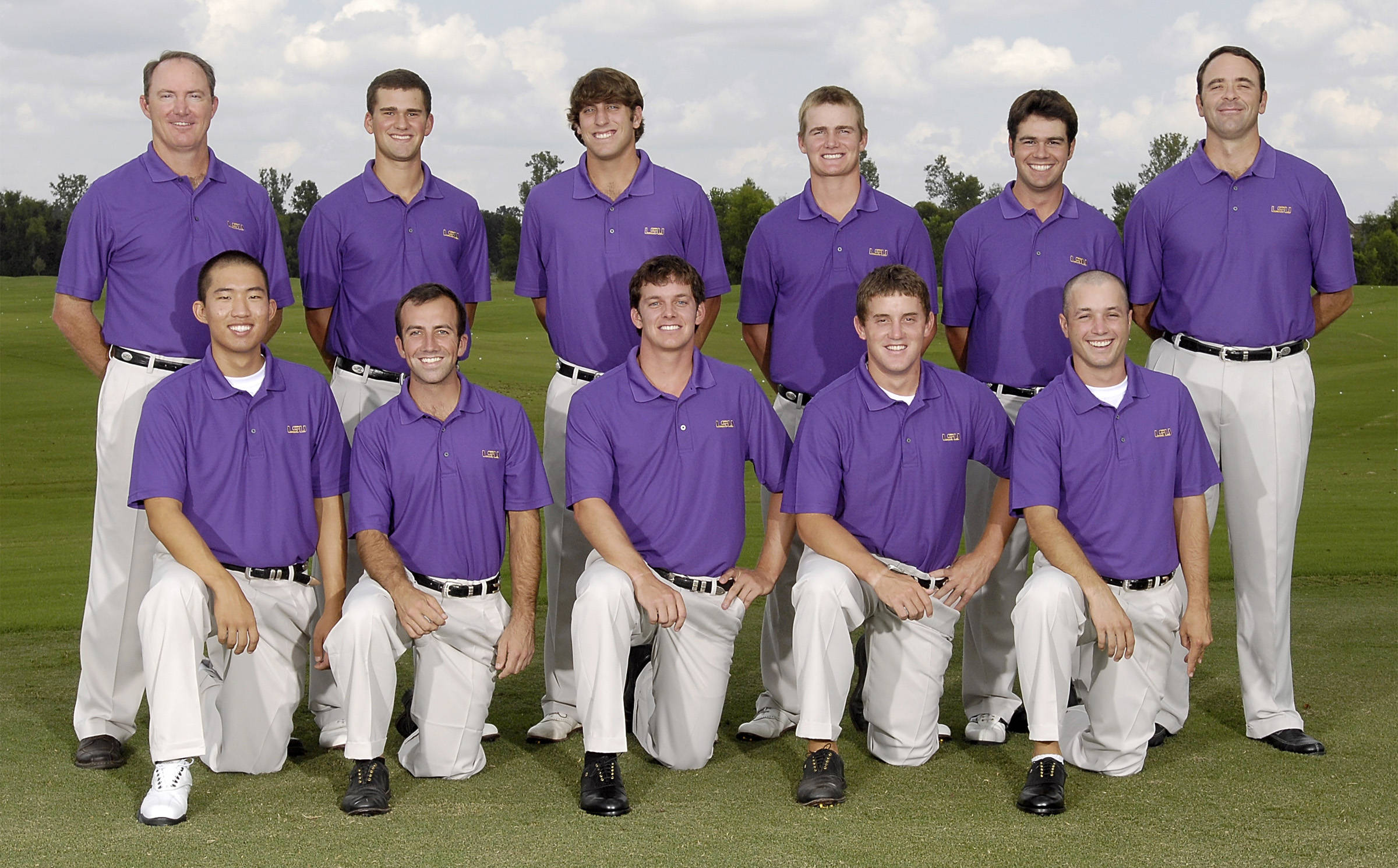 BATON ROUGE — The LSU men’s golf team has been honored by the Golf Coaches Association of America for its outstanding performance in the classroom in 2009 as it is one of 82 programs from across the country in all classifications to receive the organization’s All-Academic Team Award.

The GCAA established its All-Academic Team Awards in January 2009 with the purpose of recognizing golf programs nationwide that compile a cumulative team grade-point average of 3.0 or higher.

Additionally, teams that have compiled a cumulative grade-point average of 3.5 or higher will receive the President’s Special Recognition Award, and the team in each classification with the highest GPA will be honored as Academic National Champions for 2009.

“We are very proud of the work that our guys put into not only improving their golf game, but their class work as well. This kind of recognition is evidence of the hard work and dedication they have shown in the classroom,” said LSU head coach Chuck Winstead. “It is also attributable to the support we receive from Jason Shaw and the Cox Communications Academic Center for Student-Athletes.

“The academic center plays a very important role in the success of our program as we seek to develop the best players in the country both on and off the course. We will continually work toward that goal.”

In the inaugural season of the GCAA All-Academic Team Awards program, the organization has honored 82 men’s golf programs from NCAA Divisions I, II and III, as well as the National Junior College Athletic Association and National Association of Intercollegiate Athletics.