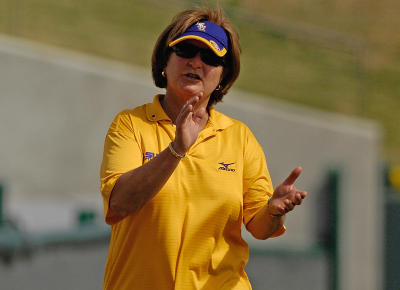 Girouard’s two-year term on the committee begins immediately and will run through December 2011. At that point, she will be eligible to be re-elected to a second two-year term.

Girouard represents the South Region and is one of 10 coaches on the committee that has a hand in selecting NFCA All-Americans and Coaching Staff of the Year.

LSU has compiled an impressive 441-137-1 record and is sixth nationally since Girouard took over the program prior to the 2001 season. The Tigers have had 12 players rack up 18 NFCA/Louisville Slugger All-America selections in program history.

LSU opens the 2010 season at the Time Warner Cable Texas Invitational where the Tigers square off against North Carolina, DePaul and host Texas, a trio of NCAA Tournament squads from a season ago.

Below is the complete NFCA Division I All-American committee.