Mainieri to Serve as 'Fire King' for ALS 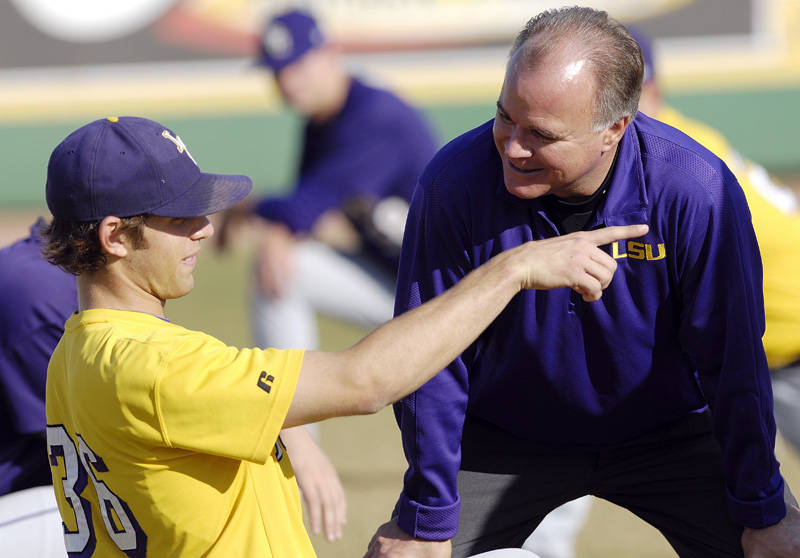 The gala will take place in Baton Rouge on Saturday, January 23 at a location to be determined. A VIP reception will be held at 6:30 p.m., with the gala slated to begin at 7:30.

Mainieri was selected as Fire King, not only for leading the LSU baseball team to the 2009 National Championship, but also for his continuous support of The ALS Association’s battle against Lou Gehrig’s Disease.  Ice Queen Jenny Heroman will also be honored for her dedication and support to The ALS Association and its patients.

The Fire & Ice Gala will be hosted by emcee and live auctioneer Bill Franques, The Voice of Alex Box Stadium. The event will feature lively entertainment by Ned Fasullo and The Fabulous Big Band, a performance by Cangelosi Dance Project, a live and silent auction, food, beverages, and the opportunity to mingle with Fire King Mainieri and Ice Queen Heroman.

Individual tickets begin at $100, and sponsorships begin at $1,000. Tickets may be purchased by contacting the ALS Association at 225.343.9880. For more information on sponsorships, contact Connie Steward at 225.955.8176 or crheasteward@yahoo.com.

Funds raised through the Fire & Ice Gala will support The ALS Association’s mission: to lead the fight to cure and treat ALS through global, cutting-edge research, and to empower people with Lou Gehrig’s disease and their families to live fuller lives by providing them with compassionate care and support. To fulfill this mission, The ALS Association funds research, publishes scientific findings, provides information and other patient services to Persons with ALS (PALS), their families, health professionals and the public. The Association is also actively involved in advocating for scientific research and for the rights of people with ALS.