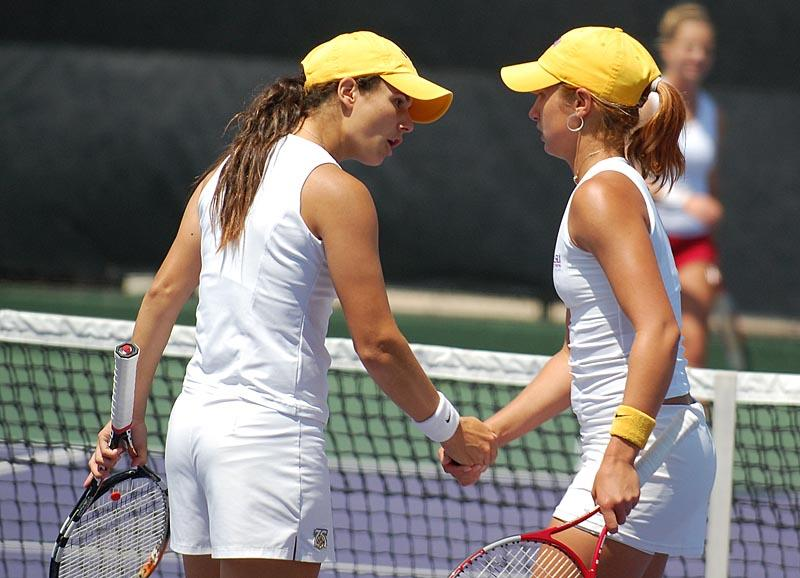 PACIFIC PALISADES, Calif. — LSU’s 11th-ranked Megan Falcon and Mykala Hedberg jumped out to an early lead and cruised to an 8-4 victory over Duke’s 37th-ranked Ellah Nze and Reka Zsilinszka in the opening round of the qualifying bracket at the Riviera/ITA All-American Championships on Tuesday.

Falcon and Hedberg moved their record to 5-0 after building a 6-1 lead to start the match.

“I was very impressed with the way they played,” LSU head coach Tony Minnis said. “They played with a lot of energy and gained a lot of momentum, so hopefully we can keep that going.”

If Falcon and Hedberg defeat Hickey and Striplin, they would take on either Michigan’s 22nd-ranked Chisako Sugiyama and Tania Mahtani or UCLA’s 36th-ranked Yasmin Schnack and Ashley Joelson at 5:15 p.m. in the third round for the right to advance to the main draw.

After Falcon and Hedberg’s victory over Nze and Zsilinszka, the duo is 8-4 all time against ranked opponents.