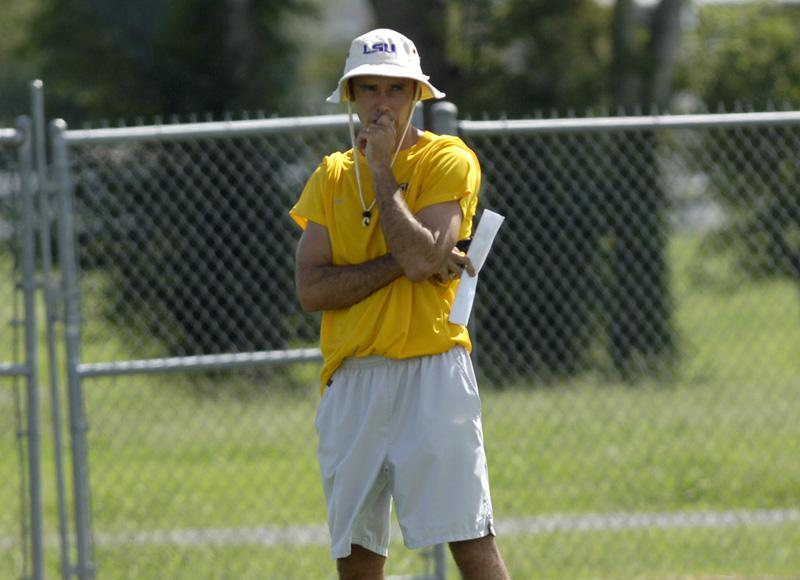 OXFORD, Miss. — After allowing the go-ahead goal in the 62nd minute of the second half, the ninth-ranked LSU soccer team was unable to score the equalizer down the stretch and fell to the Ole Miss Rebels by a 1-0 margin on Sunday afternoon at the Ole Miss Soccer Stadium.

Not only did the Tigers go down to defeat for the first time this season, but they also fell to Ole Miss for the first time in three seasons as they had not dropped a match to the Rebels since a 1-0 defeat at the LSU Soccer Complex in Baton Rouge on Sept. 30, 2005.

“Sundays in the SEC are very tough, and it proved to be the case again today,” said LSU head coach Brian Lee. “I thought we played with great effort, but not necessarily our best today. You have to credit Ole Miss for the way the performed. They fought hard and stayed organized for 90 minutes and finished a loose ball for the only goal of the match.”

Ole Miss forward Austin Brown scored the game-winner for the Rebels at the 61:38 mark of the second half on assists from Jennifer Hance and Amanda Verkin.

The Tigers tried to mount a late rally in the final minutes with perhaps their best chance to score the equalizer just nine minutes from time. Senior captain Roslyn Jones ran onto a loose ball in the right side of the penalty area behind the Rebel defense and fired a shot off the near post from just 10 yards out in a one-on-one situation with Ole Miss goalkeeper Megan Vickery.

Despite outshooting the Rebels by a 12-9 margin and holding a 6-5 edge in shots on goal and a 5-2 advantage in corner kicks in the match, the Tigers were unable to challenge Vickery in the final minutes with the match ending with the scoreboard reading 1-0.

“We have to learn from this result and move on to next weekend,” Lee said. “We’ve got another difficult road trip in the SEC East and will have to play with greater intensity than we showed today. We feel like the SEC will be won on the road, and it certainly doesn’t get more challenging than what we will face in two good teams in Tennessee and Georgia next weekend.

“We have a mature group of kids, and I’m sure they will come out to practice next week focused and ready to play again next Friday. We look forward to the challenge.”

The Tigers will wrap up their five-game road trip next weekend with a pair of games against SEC Eastern Division foes as they head to Knoxville, Tenn., to take on the Tennessee Lady Volunteers on Friday night at 6 p.m. CT followed by a match against the Georgia Bulldogs in Athens on Oct. 5 with kickoff set for noon.