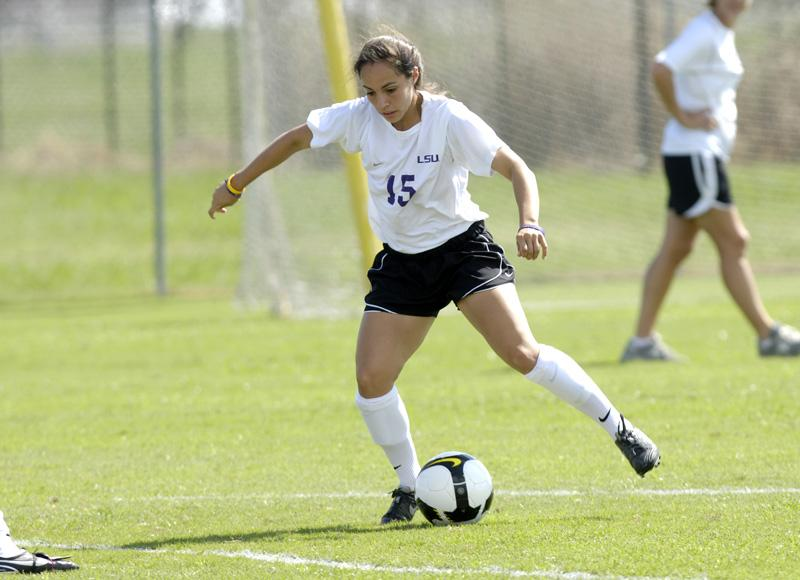 BATON ROUGE — The ninth-ranked LSU soccer team is riding high following a dominating 4-1 win over Mississippi State in its SEC opener on Friday night and will look to extend its winning streak to eight games when it travels to Oxford on Sunday to battle Ole Miss at 1 p.m.

With their win against the Bulldogs, the Tigers remained perfect on the season with a 7-0 mark as they won their first Southeastern Conference opener since the 2002 season.

The Rebels (2-5-2, 0-1-0 SEC) were shut out in their conference opening match against Arkansas on Friday night by a 2-0 margin and have now dropped two straight matches after wrapping up their non-conference schedule with a 1-0 loss at the hands of Middle Tennessee State on Sept. 19.

If recent history is any indication, Sunday’s match is sure to be a classic as the sides have played to draws in each of the last two seasons. LSU holds a slim 6-5-2 advantage in the all-time series with its last win coming by a 2-1 margin in Oxford on Oct. 1, 2004. The Rebels’ loss to Arkansas on Friday night was their first against an SEC Western Division opponent in 16 matches.

“This is a series that historically has been very competitive, and that has never been more evident than the last two seasons,” said LSU head coach Brian Lee. “We always expect a battle when we play Ole Miss. It will not be any different when we kick it off tomorrow afternoon. That is a team used to playing well in the division, and we will have to play with great intensity to get a result.”

The Tigers continued their offensive domination against the Bulldogs as they have now scored at least four goals in three straight matches beginning with a 7-0 shutout of Centenary on Sept. 14.

Junior striker Rachel Yepez scored two of LSU’s four goals against the Bulldogs to take over the team lead with five goals and 15 points on the season. Fellow junior Malorie Rutledge added one goal and two assists of her own to help lead the Tigers on Friday night.

Rutledge is now the school’s all-time record holder for assists in the career after recording her 24th and 25th against the Bulldogs. She is also among the national leaders with nine assists to her credit as she boasts an average of 1.29 assists per game through seven matches this season.

“I’m proud of the way our team competed against Mississippi State last night,” Lee said. “It’s big any time you go on the road and win in the SEC. That was a great way for our team to start SEC play. I also thought we showed a great amount of poise and maturity for the full 90 minutes of the match after going down a goal early on. We were outstanding in attack the entire game.

“It’s now important for us to put last night’s game behind us and turn our attention to Ole Miss. It is going to be a battle, and I know we’re going to get their best game tomorrow afternoon.”

After battling the Rebels on Sunday afternoon, the Tigers will wrap up their five-game road trip next weekend with a pair of matches against SEC Eastern Division foes as they head to Knoxville to take on the Tennessee Lady Volunteers on Oct. 3 at 6 p.m. CT followed by a trip to Athens to square off against the Georgia Bulldogs on Oct. 5 at noon.