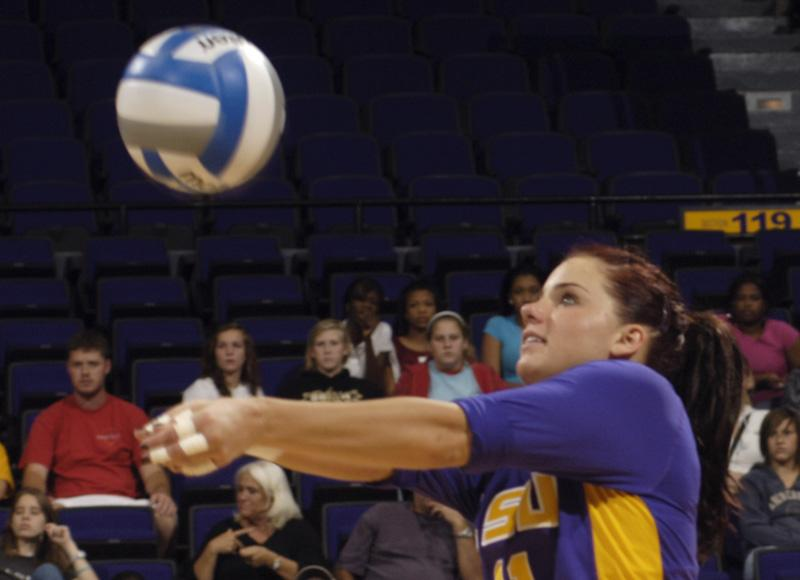 BATON ROUGE — The LSU volleyball team looks to build off a big Friday win versus Tennessee when it faces Kentucky on Sunday at 1:30 p.m. in the Maravich Center

Kentucky, fresh off a 3-1 victory over Georgia in Athens, is on a nine-match winning streak with a 12-2 overall record and a perfect 3-0 mark in the Southeastern Conference. The Wildcats also lead the league in hitting percentage with a .275 clip.

Kentucky is a very talented team and one I picked to be right up at the top of the SEC in the preseason,” LSU head coach Fran Flory said. “They have proven that and really have their confidence at a high level after winning as many matches as they have. We are going to have to come out strong from the beginning, something we haven’t done a very good job of to this point, to be successful against a team like Kentucky.”

The Tigers collected their first SEC victory over Tennessee on Friday, falling in set one to the Lady Vols, but regrouping to capture the next three sets and thus the match. The win improved LSU’s record to 6-4 with a 1-2 mark in the league.

While Kentucky leads the overall series with the Tigers, 24-21, that series was split in 2007, both teams winning the match at home in five games. The Wildcats have not won in Baton Rouge since 2002.

Seniors Kyna Washington and Elena Martinez continue to pace the Tigers squad. Washington had 15 kills in the win over Tennessee while Martinez collected 22 digs.

Sophomore Sarah Mendoza has been a spark for UK this season, especially in the SEC-opening weekend as she paced the team in points and kills in both wins. She tallied 27 kills for the weekend on a .324 clip. Another impact player for the Wildcats is Queen Nzenwa in the middle, who tallied eight kills and six blocks in Friday’s win over Georgia.

Flory has her own ties to Kentucky as well, serving as the Wildcats head coach from 1993-97. She will be looking to give her current team the edge over her former team when the Tigers return to action Sunday.