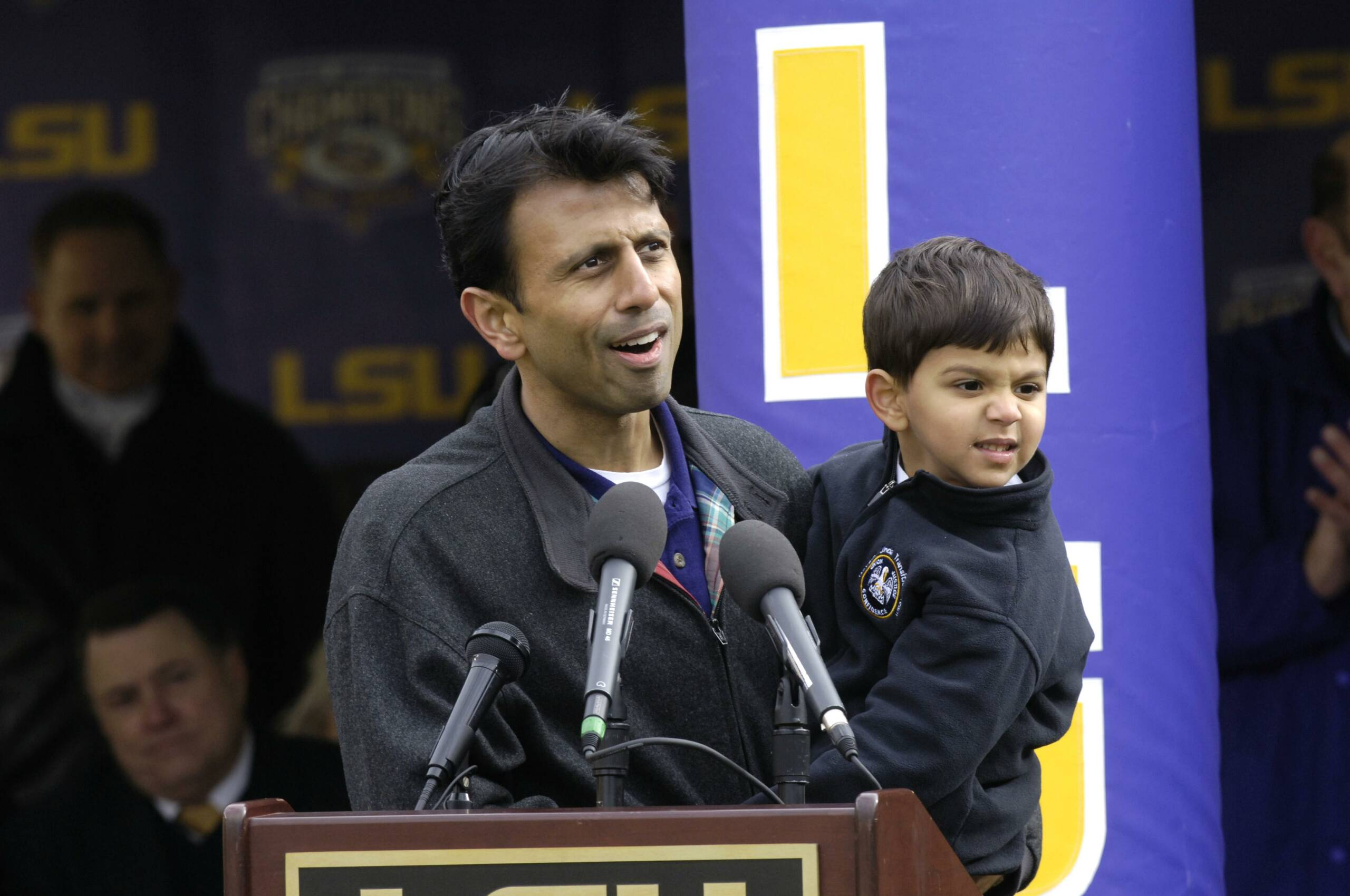 BATON ROUGE — Saturday, LSU will be the recipient of Governor Bobby Jindal’s “Spirit of Louisiana” award for the University’s triage facility.

During Hurricanes Katrina, Rita, Gustav and Ike, a triage was set up at the Pete Maravich Assembly Center (PMAC) where medical professionals, LSU staff, volunteers and first responders cared for thousands of sick and disabled people.

LSU will be given a painting specially designed by Baton Rouge artist and former LSU football player Jack Jaubert. The painting commemorates the hard work and dedication of those who operated the triage facility.

“The spirit of the people in our state and the strength of our communities define our response efforts in times of emergency. The volunteers and doctors and students who worked at the PMAC through the storms provided care for hundreds of Louisianians evacuated out of harm’s way. I saw their efforts first-hand as Hurricane Gustav struck Baton Rouge when I visited the PMAC facility. The efforts of the individuals at the PMAC and those in medical shelters and general shelters all across our state, along with our brave first responders, protected the lives of thousands of Louisianians during these storms. They are true heroes,” said Governor Bobby Jindal.

Governor’s Office of Homeland Security Director Mark Cooper added, “The work and sacrifices made by the LSU faculty, its students, volunteers and the state’s first responders showed compassion and kindness. We appreciate their dedication, as well as the commitment from office of emergency preparedness workers, to the people of this state in times of need.”

Higher Education traditionally plays a support role during state emergencies including Hurricanes Gustav and Ike.  Colleges and universities from across Louisiana, in partnership with K-12 education,  provided approximately 33,000 hot meals to residents in hard hit parishes which lacked both electricity and adequate food supplies. Additionally, post-secondary education assisted with sheltering as many as 10,000 students, first responders, evacuees and pets.

This is the second “Spirit of Louisiana” award given by the Governor.  Members of the Louisiana rock band Better than Ezra were the first recipients of this award. The band has given $100,000 to New Orleans groups for recovery efforts.

While there are two months left in hurricane season, The Governor’s Office of Homeland Security and Emergency Preparedness wants everyone to get a game plan. Preparedness begins at home and it is critical every family has a disaster plan for all hazards. Part of that game plan also includes mitigation. Protecting your home prevents damage and ultimately loss of life.  Visit www.getagameplan.org for more information.