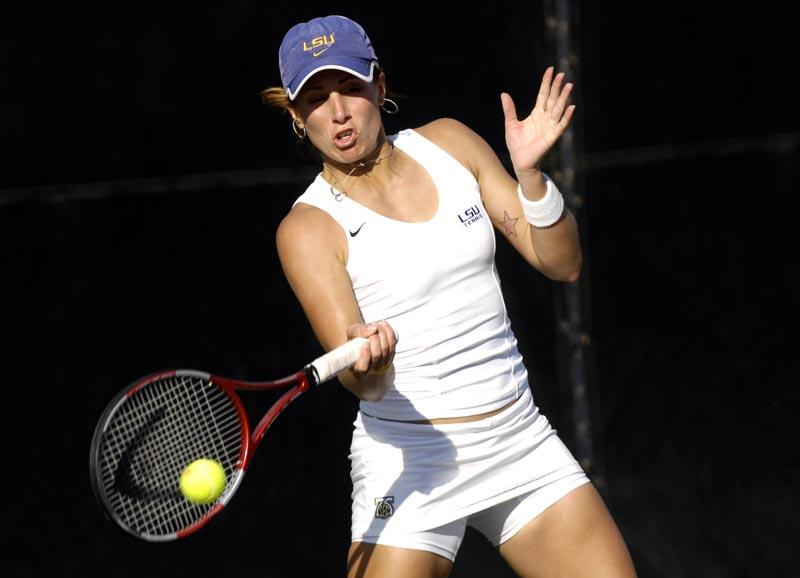 Hedberg will take on Brown’s Bianca Aboubakare in the first round at 12:30 p.m. CT at the Ralph’s-Straus Tennis Center on the campus of Pepperdine.

“This is a good chance for Mykala to get an opportunity to compete in the main draw,” LSU head coach Tony Minnis said. “She has worked really hard and earned her spot in this tournament. It’s a tough draw, but hopefully she will play the way I know she can.”

Should Hedberg defeat Aboubakare in the opening round of the 64-seed tournament, she would face the winner of Jelena Stanivuk of Baylor and Leigh Finnegan of Illinois in the second round that will also be played on Saturday.

If Hedberg advances to the third round, she would play Sunday with the opportunity to move on to the qualifying rounds that will be played in Pacific Palisades, Calif., at the Riviera Tennis Club.

Hedberg is already slated to compete in doubles in the qualifying rounds with Megan Falcon. The duo, ranked No. 11 nationally, is off to a fast start at 4-0 after winning the Vikings Flight championship at the Gopher Invitational September 12-14.

Falcon and Hedberg will be listed as the No. 1 seed in the doubles qualifying bracket. Qualifying rounds in singles and doubles will begin Tuesday.

Falcon, ranked No. 15 in singles, has already earned a spot in the main draw singles that will begin Thursday at the Riviera Tennis Club.