Football Among SEC's Best on Both Sides of Ball 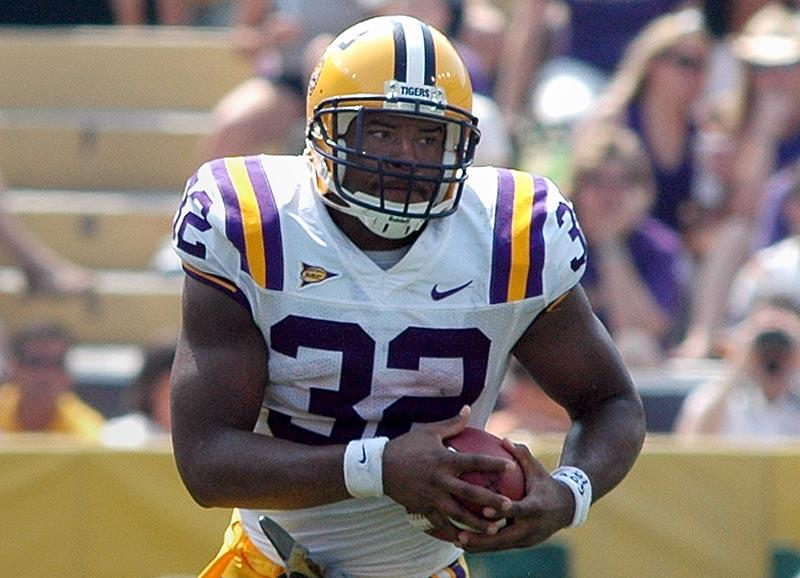 BATON ROUGE — LSU goes into Saturday’s game against Mississippi State with an offense and defense that is rated among the best in the Southeastern Conference through the first month of the season.

The Tigers have gotten off to their 3-0 start with a balanced offense and a defense that has been stingy against the run, while allowing very few big plays in the passing game. LSU will be tested again on Saturday when the Tigers host Mississippi State at 6:30 p.m. in Tiger Stadium in the school’s annual Gold Game. The game will be televised by ESPN2 and LSU fans are encouraged to wear gold to the contest.

Through three games, the fifth-ranked Tigers rank second in the SEC and 27th in the nation in scoring offense with 36.0 points per contest. Meanwhile, the LSU defense is fifth in the league and 14th in the country in points allowed at 12.3 per game.

In terms of total yards, balance has been the key for the Tigers as LSU is averaging 427.3 yards per game, which ranks No. 2 in the league, with the ground game accounting for 220.0 yards with the other 207.3 yards coming through the air.

LSU’s defense currently ranks fifth in the SEC and 18th in the nation in yards allowed per game with 252.7 per game. The Tigers, who have yet to allow a 100-yard rusher this season, are No. 9 in the nation in rushing defense at 55.3 yards per game.

Individually, junior Charles Scott recorded his third straight 100-yard game last week against Auburn and leads the SEC and ranks seventh in the nation with 131.3 yards per game. Through three games, Scott has accounted for 394 yards rushing and four touchdowns. Scott is averaging a staggering 9.0 yards per carry.

Scott also ranks second in the SEC and 29th in the nation in all purpose yards with 143.7 yards per game.

Quarterback Jarrett Lee ranks third in the SEC in pass efficiency with a 136.6 rating after three games. A week ago, Lee came off the bench in the third quarter and rallied LSU to a 26-21 win over Auburn. For the year, Lee has connected on 27 of 50 passes for 382 yards and four scores, including a pair in the second half against Auburn.

LSU punt returner Trindon Holliday continues to lead the SEC and ranks fourth in the nation in punt returns with a 26.8 average on six returns.

Tiger wideout Brandon LaFell leads the SEC in receiving yards per game with an 82.7 average. LaFell, who caught the game-winner against Auburn last week, has 15 receptions for 248 yards and three scores this year.

Defensively, Rahim Alem is fourth in the SEC with two sacks in LSU’s three games, while cornerback Chris Hawkins is tied for second in the league interceptions with two to his credit so far this year.