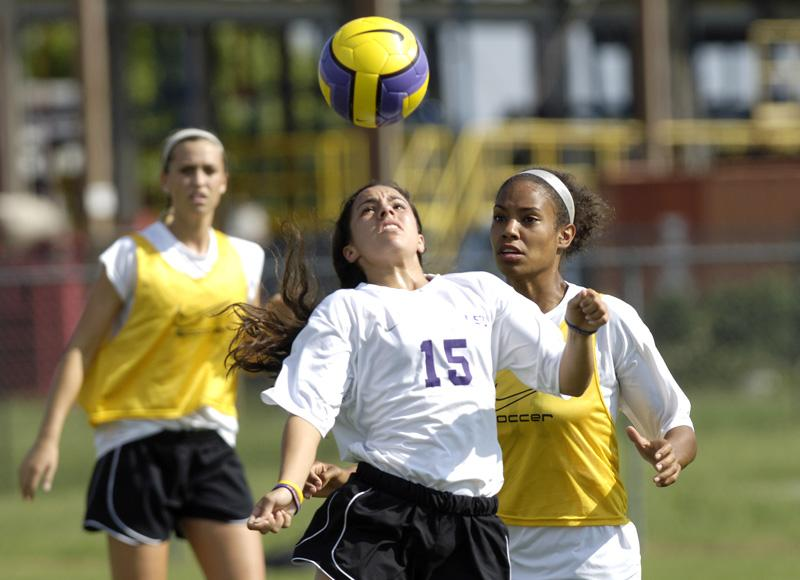 BATON ROUGE — The ninth-ranked LSU soccer team will open defense of its SEC Western Division crown this weekend as it makes the trip to Starkville, Miss., to take on Mississippi State on Friday night with kickoff set for 7 p.m. at the MSU Soccer Field.

Both teams wrapped up non-conference play last weekend with the Tigers entering Friday’s game with a perfect 6-0 mark and the Bulldogs sporting a 5-4 record this season.

LSU dominated the Oklahoma Sooners in Norman this past Friday while posting a 4-0 shutout in its non-conference finale to set a new school record with its sixth straight win to open the season, breaking the previous mark of five straight wins to open the 2003 and 2007 seasons.

Not only are the Tigers riding a six-game winning streak to start the season, but they also boast an impressive six-game unbeaten streak against the Bulldogs as they hold a commanding 10-2-1 lead in the all-time series. It is a streak that includes four consecutive shutouts as LSU has not allowed a goal to Mississippi State in nearly 390 minutes of game action.

LSU kicked off the SEC season a year ago with a hard fought 1-0 win over the Bulldogs in Baton Rouge in their last meeting on Sept. 28, 2007, and is unbeaten in its last three conference openers.

The Tigers have cracked the Top 10 of the national polls for the first time in team history as they enter Friday’s match with a No. 9 ranking in the latest Soccer America Top 25. They are also No. 15 in the Soccer Buzz Top 30 and No. 17 in the Soccer Times Top 25 again this week, while they have cracked the NSCAA/adidas Top 25 for the first time in history at No. 24.

“We’re very excited to open SEC play this weekend, and I’m sure it’s going to be a challenge for us to open up on the road in Starkville tomorrow night,” said LSU head coach Brian Lee. “We’re always expecting a tough match when going on the road in this league because teams take a great amount of pride in defending their home turf. I’m sure it will be no different tomorrow night.

“We will have to match intensity with intensity when we kick it off and compete for 90 minutes if we hope to come away with a good result. That’s what is expected when playing in the SEC.”

The Tigers are off to their best start in program history due in large part to a powerful offense and a stifling defense that has outscored opponents by a combined 21-2 margin in six games this year.

LSU is one of the top scoring teams in the NCAA to this point in the 2008 campaign as it is No. 4 in the country while scoring an average of 3.5 goals per game in six contests. But that does not mean the Tigers sacrifice anything on the defensive end as they allow a mere 0.33 goals per game to rank No. 8 nationally for team goals against average.

What might be even more impressive is the diversity that LSU has shown on the offensive end as 10 different players have scored at least one goal this season, which ranks second in the SEC with only Mississippi State having more goal scorers on its roster with 12.

Junior All-American Malorie Rutledge is on the verge of history after tying LSU’s all-time school record with her 22nd career assist against the Sooners this past weekend.

Rutledge, who was named a member of the Hermann Trophy Watch List by the Missouri Athletic Club in St. Louis during the preseason, has shown the ability to serve deadly crosses from her position on the right wing. She has been credited with seven assists in six matches this season for an average of 1.17 assists per match to rank No. 1 in the NCAA through matches played Sept. 21.

With just one more assist to her credit, Rutledge would surpass former Tiger Rachel Cohen on the school’s all-time list for assists in a career. Cohen set the current mark back in 2003.

The Tigers also pack a devastating punch up top as senior Roslyn Jones, junior Rachel Yepez and junior Michelle Makasini are tied for the SEC scoring lead with 11 points apiece. Makasini is the league’s top goal scorer with five, while Jones has added four goals and three assists and Yepez is among the league leaders with three goals and five assists through six matches.

Freshman goalkeeper Mo Isom, who is the reigning SEC Defensive Player and Freshman of the Week, continues to lead a stingy LSU defense after posting her fourth clean sheet of the season in LSU’s shutout of Oklahoma and dropping her SEC leading goals against average to 0.33.

It is shaping up to be an exciting opening weekend in the Southeastern Conference, and fans have the opportunity to follow LSU’s game against Mississippi State using the available live stats link.

After battling the Bulldogs on Friday night, the Tigers will travel to nearby Oxford, Miss., to take on the Ole Miss Rebels on Sunday at 1 p.m. at the Ole Miss Soccer Stadium. They will then wrap up their five-game road swing next weekend as they travel to Knoxville, Tenn., to play Tennessee on Oct. 3 before making the trip to Athens, Ga., to square off against Georgia on Oct. 5.