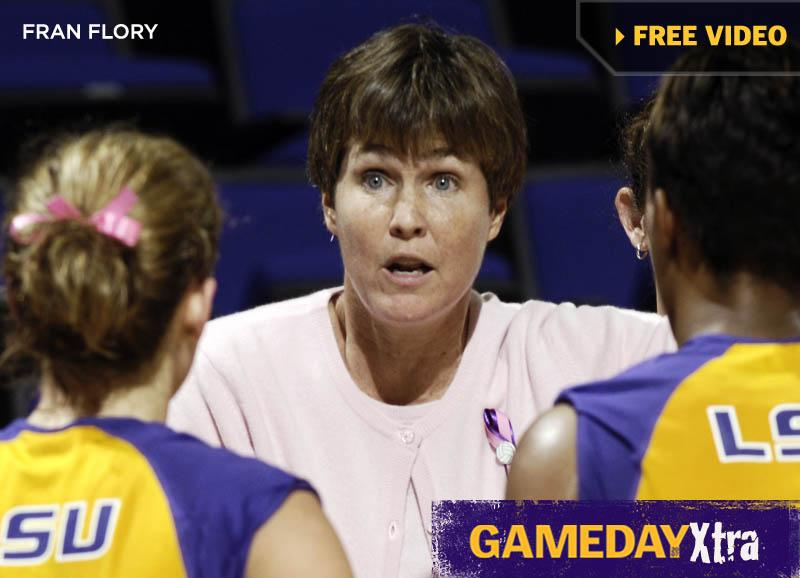 In sports, a loss can do many things. It can humble an athlete, demoralize a program or inspire change. LSU’s 1991 NCAA volleyball semifinal loss to Long Beach State did something different for Fran Flory, a Tiger assistant coach at the time.

After five seasons as the head coach at the University of Kentucky, Flory got her chance to redeem that Final Four loss when she was hired as LSU’s head coach in 1998.

“I told my recruits at Kentucky that I’d leave for one job, and one job only, and that was the LSU job,” Flory said.

That dedication and commitment have brought LSU volleyball back to national distinction in the last three years, as the Tigers captured three consecutive SEC Western Division titles from 2005-07 and made three NCAA Tournament appearances in that span.

Senior defensive specialist Elena Martinez, the 2007 SEC Defensive Player of the Year, says confidence in Flory’s dedication is what got the team to this point.

“We started to realize how far we can actually go, and with that belief has come our current success,” Martinez said.

It took some time for LSU to regain the prominence it experienced in the early ?90s, as the Tigers did not advance to NCAA postseason play during the first seven years under Flory.

“It was a slow process. I’m not a quick fix type of person,” Flory explained. “I think the faster you build, the faster you fall. So we tried to build a solid foundation and improve in recruiting and training every year and slowly we started getting more and more solid volleyball players, not just athletes, in here. That opened the door for us to be able to compete at a higher level.”

That higher level includes having to play against better competition. Earlier this season, the Tigers traveled to Lincoln, Neb. to participate in the Ameritas Players Challenge, where they faced No. 2 Nebraska in front of an NCAA record crowd of 13,412. Nebraska defeated the Tigers 3-0, but Flory believes the experience benefited her team.

“We were able to stand toe-to-toe with them for a while,” Flory said. “At the time we weren’t consistent enough or ready enough for a top 2 or 3 team like Nebraska, but even so, they weren’t that far ahead of us. I think our team left there thinking, ‘We’re close.’”

The quest to win a fourth straight SEC Western Division crown has already begun for the Tigers, as the team is currently engulfed in conference play with one main goal in mind.

“Goal-wise we just want to win. We always want to win,” Martinez said. “We just have to take care of business on our side and do what we’ve been practicing and preparing for.”

The team is hoping that an early four-game homestand in SEC play will boost the Tigers in the conference standings, as they play host to Tennessee, Kentucky, Ole Miss and Arkansas in the Maravich Center between September 26 and October 5.

“We’re very good on our home court and we feel like we can beat anybody once we’re out there,” Flory said, “Winning the SEC and the SEC West will be determined by who wins on the road and who takes care of their matches at home.”

With an experienced lineup and the program’s strong foundation, the Tigers are poised and expected to repeat as SEC Western Division champions, but Flory still aims higher for this year’s team.

“That’s not good enough for this team,” she said. “This team doesn’t want to just be West champions. They want to be SEC Champions at the end of the year. They have the talent and the ability. It’s a pretty big task but certainly there’s an attitude in the gym that we’re going to be successful.”