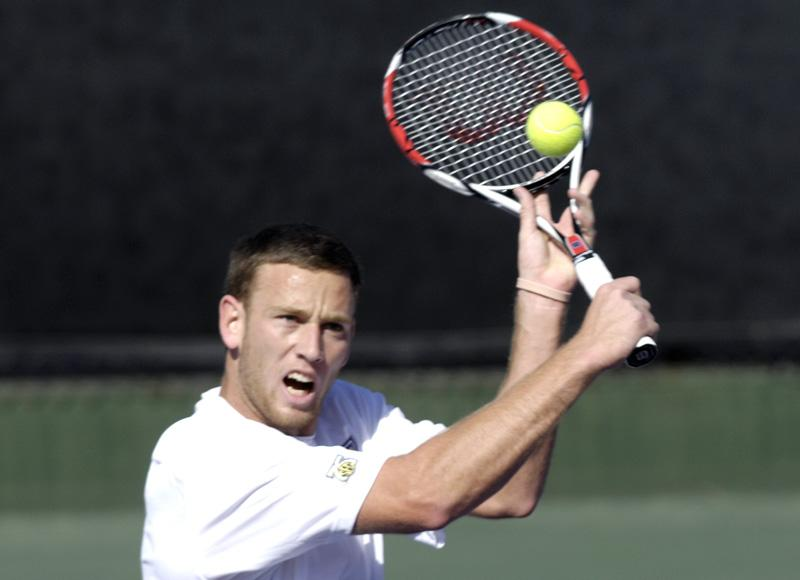 IRVINE, Calif. — Senior Michael Venus of the LSU men’s tennis team was ousted in a close match on Wednesday from the main draw of Irvine Pro Futures Tournament hosted by the Racquet Club of Irvine.

Venus posted a first set victory of 6-7(5) against No. 2 seed Nikita Kryvonos. The tide turned in the second set as Kryvonos topped Venus by a narrow margin of 7-6 (6), which Kryvonos followed with a 6-3 mark to win the match.

“Michael (Venus) had five tough matches, but showed a lot of improvement from last spring.  Today’s loss was tough, but if he keeps up the hard work, he has a great opportunity to do some big things this year,” assistant coach Danny Bryan said.

Venus, ranked No. 20 in preseason ITA rankings in singles, posted a 4-1 overall record for the tournament. The 6-3 senior fought his way through the qualifying rounds, winning every match in straight sets.

Venus will next join the Tigers as they travel to the D’Novo All-American in Tulsa, Okla. at the Michael D. Case Tennis Center on Oct. 3.