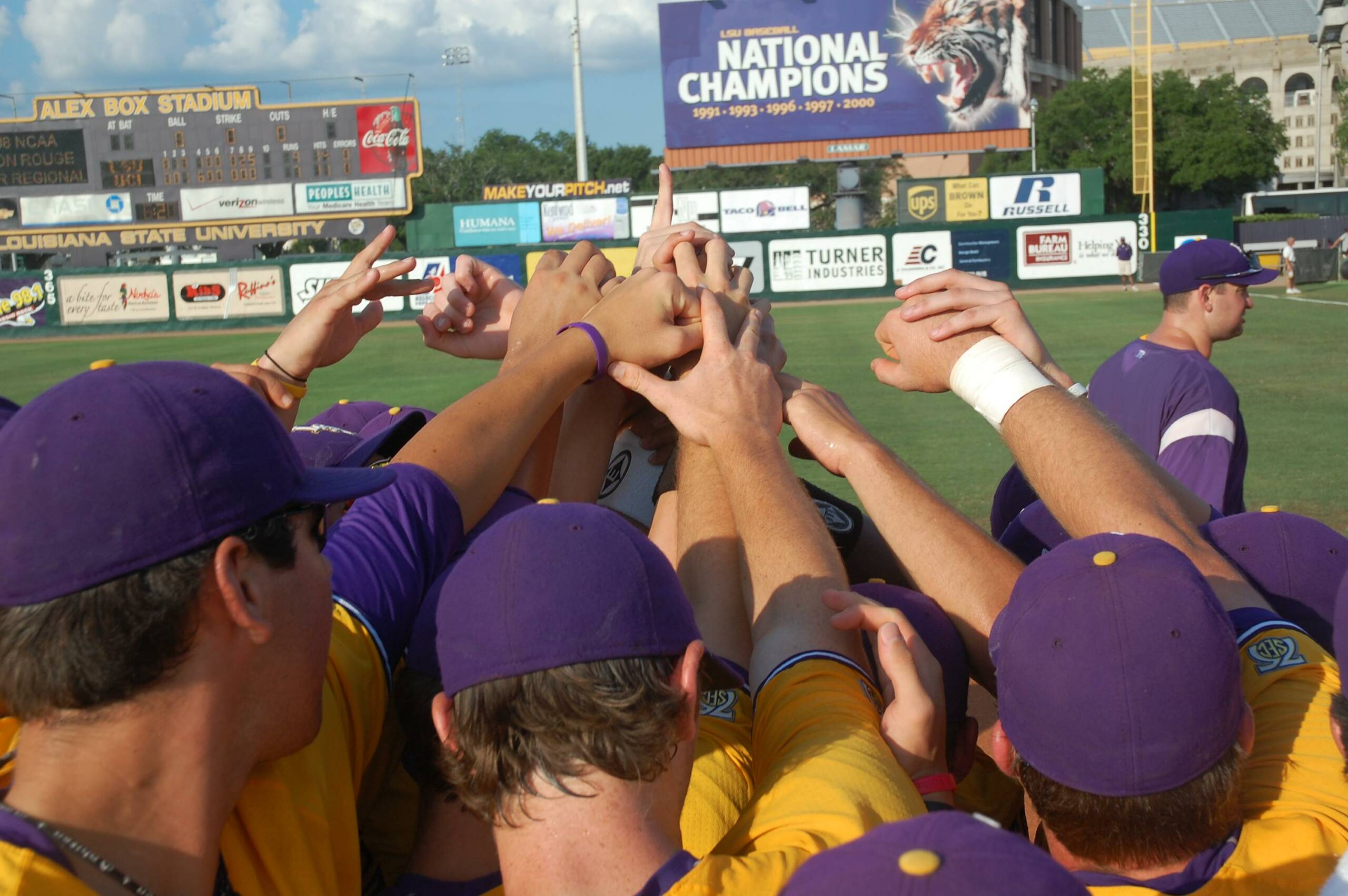 BATON ROUGE — The 2009 LSU baseball team takes the field for its first full-squad workout at 2:30 p.m. Thursday as the Tigers begin their six-week fall practice period in the original Alex Box Stadium.

LSU will engage in 35 practice sessions during the fall session, which concludes on Nov. 7.  The Tigers will conduct several scrimmages, including a four-inning intrasquad game at 2 p.m. Saturday prior to the LSU-Mississippi State football showdown.

LSU coach Paul Mainieri, the 2008 Rivals.com National Coach of the Year, welcomes back 25 players that contributed to the club’s success last season, when the Tigers advanced to the College World Series and finished No. 6 in the final national polls. LSU captured four titles in ?08, winning the SEC Western Division, the SEC Tournament, the NCAA Baton Rouge Regional and the NCAA Baton Rouge Super Regional.

“We’re excited to start practice and begin working toward the 2009 season,” Mainieri said. “We have a lot of veteran players who will provide great leadership, and we’re looking forward to getting a look at the 10 freshmen who have joined our program.

“Every year is a different entity, and fall practice gives players the opportunity to establish their roles on the team.”

Mainieri said the Tigers have participated for the past three weeks in individual workouts with pitching coach David Grewe and hitting coach Javi Sanchez.

The fall practice period will begin with an emphasis on fundamentals, including base running, bunting and defense.

LSU returns 11 pitchers that recorded innings last season, including top reliever Louis Coleman, who elected to stay in school for his senior season after he was the 14th-round draft selection in June of the Washington Nationals.

The veterans are complemented by a talented class of 10 true freshmen, including four players selected in the 2008 Major League Baseball Draft.

LSU opens the ’09 season on Feb. 20 versus Villanova in the New Alex Box Stadium.