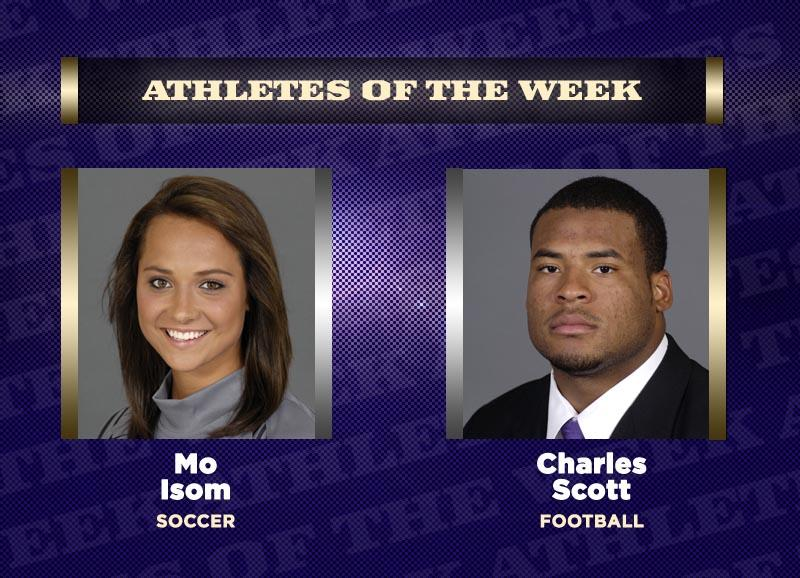 BATON ROUGE — LSU running back Charles Scott and goalkeeper Mo Isom have been named LSU Male and Female Student-Athletes of the Week this week.

Scott rushed for 55 yards in the fourth quarter against an Auburn defense that had been allowing just 53 yards per game. He is the first LSU running back to start a season with three 100-yard games since Charles Alexander in 1978.

The team will host division-rival Mississippi State in Tiger Stadium at 6:30 p.m. The game will be televised nationally on ESPN 2.

Isom, a freshman from Marietta, Ga., was named SEC Defensive Player of the Week and Freshman of the Week on Monday, the second time she has both awards in the same week this season.

She moved her record to 6-0 on the season after posting a 4-0 shutout, her fourth of the season, against Oklahoma last Friday and her .33 goals against average leads the SEC.

Isom has allowed only two goals on the season as the Tigers have outscored their opponents 21-2 through the first six games.

The Tigers open conference play on Friday as they travel to Starkville, Miss. to take on the Mississippi State Bulldogs at 7 p.m.