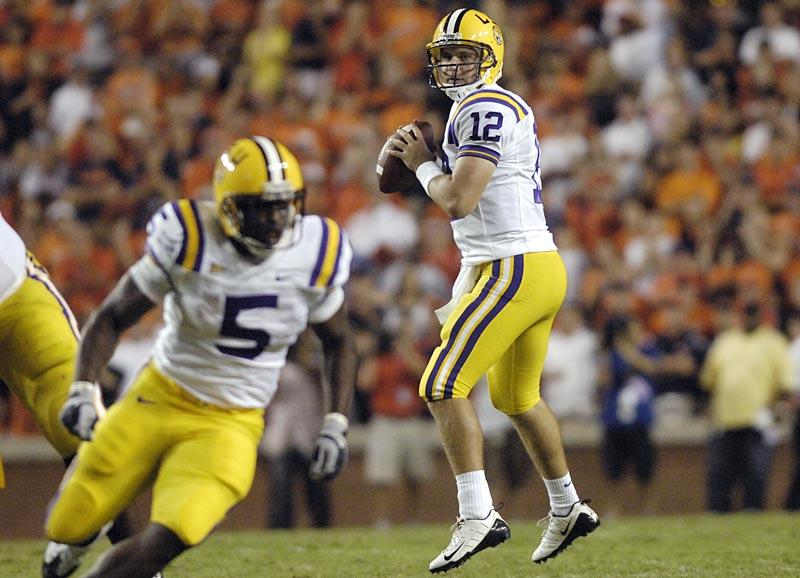 BATON ROUGE — Jarrett Lee‘s 18-yard touchdown pass to Brandon LaFell with 1:03 to play has LSU nominated for this week’s Pontiac Game Changing Performance in LSU’s exciting 26-21 win at Auburn this past Saturday.

LSU fans can help the Tigers earn a Pontiac Game Changing Performance for week four of the 2008 NCAA? Football Season.  LSU fans can go to pontiac.com/ncaa, where they can view video clips of the four finalists and vote for the Tigers

In addition, each week one lucky individual who visits pontiac.com/ncaa, will also win a $5,000 scholarship for them self or someone in their family.

“Awarding $1.5 million since its inception, the Pontiac Game Changing Performance program continues to be a great example of how passionate fans can have a positive impact academically and athletically by generating scholarship dollars for university-wide programs,” said Rece Davis of ESPN.