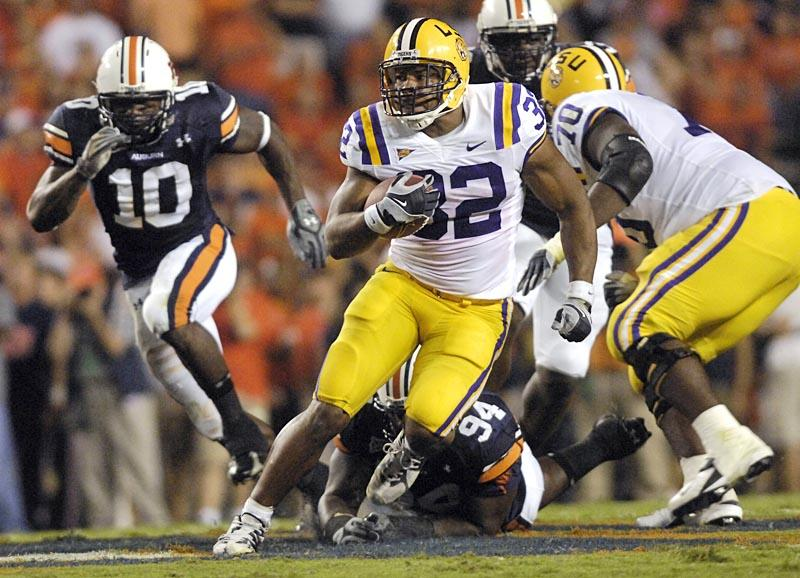 BATON ROUGE — Running back Charles Scott made history on Saturday in LSU’s 26-21 win over ninth-ranked Auburn. On Monday, he was rewarded for it as he was named the offensive player of the week for the Southeastern Conference, the league office announced.

Scott, a junior from Saline, La., rushed for 132 yards against the Tigers to become the first running back in LSU history to reach the 100-yard mark in a game at Auburn. Scott has now rushed for 100 yards in each of LSU’s first three games, a first for the school since 1978 when All-America Charles Alexander opened that year with 100 yards games against Indiana, Wake Forest and Rice.

Scott’s 132 yards against Auburn came on 21 attempts as he averaged 6.3 yards per carry against a Tiger defense that went into the game allowing only 53 yards rushing per contest. Scott had eight carries of at least nine yards against Auburn, which included a long run of 31 yards that setup a third goal field goal for LSU.

Scott finished with 147 total yards as he caught two passes for 15 yards.

For the year, Scott has rushed for 394 yards and four touchdowns. His average of 131.3 yards per game currently leads the SEC and ranks seventh in the nation.

The SEC Offensive Player of the Week honor is the first of Scott’s career.