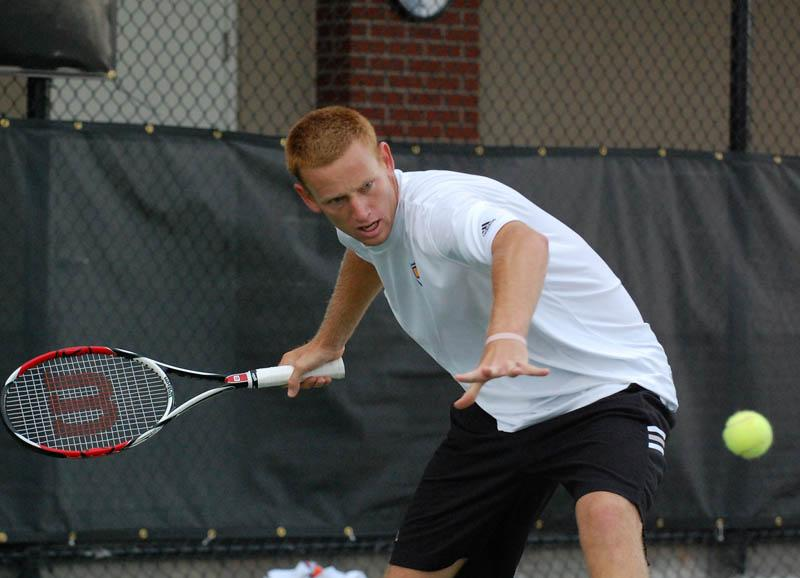 The three Tigers combined to produce a 2-1 mark in the second round of competition.

Cluskey, continued his senior campaign posting his second straight-set victory with a 6-1, 6-2 mark over opponent Filipp Pogostkin.  The Ireland native will advance to the third round to square off with Stefan Hardy.

Venus advanced over opponent Logan Mackenzie in straight sets, to win with 6-2, 6-2 mark. The 6-3 senior will take on  either Aaron Yovan or Rasmus Moller for the third round of competition.

Carlsson, four-time SEC Freshman of the Week,  entered the second round of play after defeating Anthony Gomez, 6-3,6-1, the opening day, Carlsson went head-to-head with Benjamin Rodgers. After posting a 6-3 mark in the first set, Carlsson fell in the last two sets , 6-4, 6-2.

Matches continue Sunday at 12:00 p.m. Venus is slated to  play at noon while Cluskey’s match against Stefan Hardy is scheduled for 1:00 p.m.