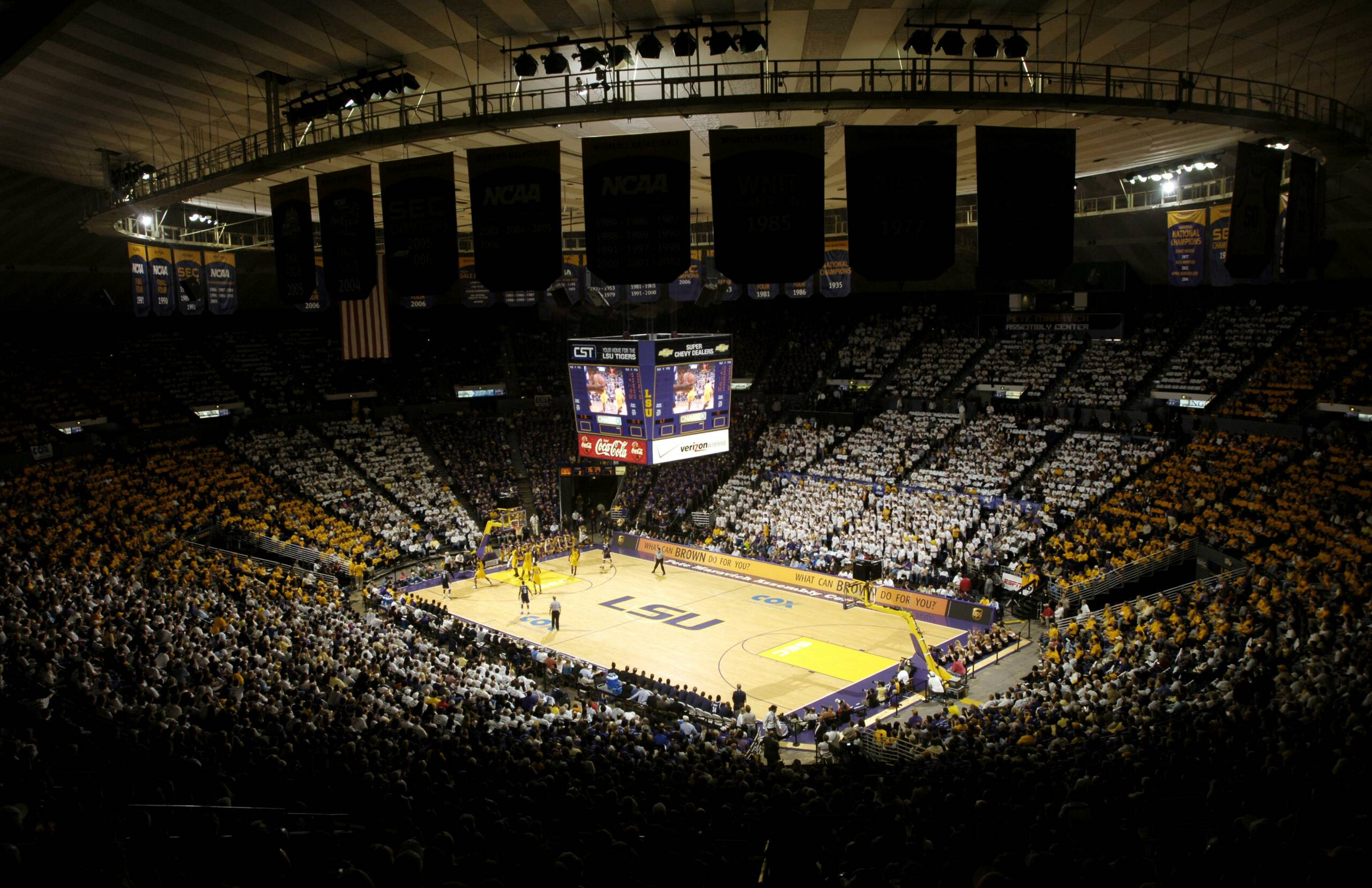 BATON ROUGE — The LSU men’s basketball team will play on regional or national television a minimum of 19 times in the 2008-09 season as the league television schedule and game times have been announced for Coach Trent Johnson‘s first season as Tiger basketball coach.

LSU will be featured once on CBS Sports, three times on the ESPN networks as well as three times on Fox Sports Net, five times on Cox Sports TV and five on Raycom Sports (the SEC’s syndicator of basketball games). LSU will also makes its first ever appearance on “The Mountain” when it travels to Salt Lake City to face Utah. “The Mountain” is The Mountain West Conference’s own television network that broadcasts its league teams in all sports.

LSU’s CBS date will be in Lexington on Feb. 28 against the University of Kentucky, while all three ESPN dates will be in Baton Rouge as ESPN2 will broadcast the Dec. 27 game against Washington State and the Jan. 24 game with Xavier while LSU will return to Super Tuesday for the first time since 2007 on Feb. 24 when on Fat Tuesday, LSU will host Florida at 8 p.m.

The Arkansas game on Jan. 31 will be the “100th Anniversary Game” celebrating a century LSU basketball. Game time will be 4 p.m. and will be the highlight of a weekend of activities including a giant LSU basketball reunion on Friday night and the announcement at halftime of the game of the 15-member LSU All-Century team.

Raycom, in its final year as the league syndicator before ESPN and ESPN Regional Television becomes the primary carrier of SEC basketball, will televise LSU four times on the road including the league opener at Alabama on Jan. 11. The only home game that Raycom will televise in 2009 will be at the Maravich Center against Alabama and that will be a rare Sunday home game on Feb. 8 at Noon.

CST will also televise two Southeastern Conference games on a tape-delay basis ? Jan. 14 against South Carolina and March 4 against Vanderbilt.

Raycom and CBS Sports will again combine to televise the SEC Tournament, March 12-15, being held for the first time in Tampa, Fla.

Besides the two Alabama games, LSU will play two other Sunday games during the two-weekend LSU invitational with the Nov. 23 game with Northwestern State set for 2 p.m. and the Nov. 30 Invitational finale with Troy set for a 6 p.m. tipoff.