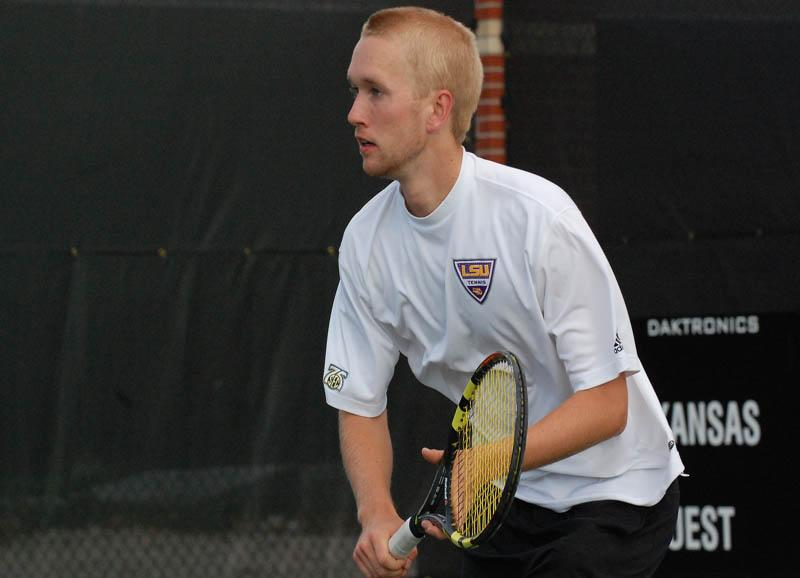 The Tigers posted a 3-0 mark, winning all matches in straight sets.

Kicking off his sophomore campaign, Carlsson defeated Anthony Gomez, 6-3, 6-1. The 2008 Louisiana Freshman of the Year will continue play as he moves on to face Ben Rogers, who won his first match, 6-4, 6-4.

Venus, who finished last season ranked No. 31, opened his senior campaign by defeating Daniel Andrus, 7-6 (10-8), 6-2. The Louisiana Newcomer of the Year will advance to the second day of qualifying rounds in a match against Logan Mackenzie. Mackenzie posted a 6-3, 7-6 mark against opponent Cameron Spearman in the first round of play.

Qualifying rounds will continue Saturday and last throughout the day.