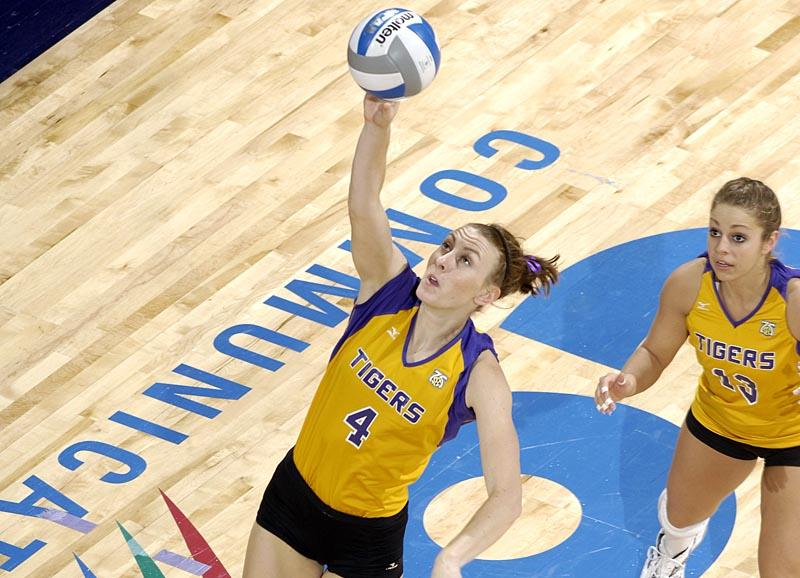 Just as in their other two losses, the Tigers (5-3, 0-1 SEC) had trouble maintaining any level of consistency despite early ties and leads throughout the contest.

“We just flat out got outplayed tonight,” LSU head coach Fran Flory said. “South Carolina did a great job of controlling the ball, and we were not very patient offensively. We allowed ourselves to get frustrated and played right into what they wanted to do in terms of staying in the rally until we made an error. I think the first contact battle of serving and passing cost us the match. I think we could have overcome our frustration on offense if we could have gotten the ball into our setter’s hands with more consistency. I’m disappointed in our response to a rowdy crowd. We didn’t play like the mature veteran team that we should be. We have to get back in the gym and correct some stuff.”

The score remained close early in set one with things evened up at 12-all. But following that tie, the Gamecocks went on a13-2 run to close out the set. The Tigers hit just .030 in the opening frame and had three service errors as well.

The story was the same early in set two, the teams knotted up at 13 apiece. The Tigers had captured a 16-14 advantage, but a 4-0 South Carolina run gave them an 18-16 lead and forced LSU to call a timeout. USC led by 21-17 at one point, but the Tigers clawed their way back to a tie at 22-all. In the end, however, the second set went in the Gamecocks’ favor as well.

The service woes continued for LSU into the second set with the Tigers missing three more. While the hitting clip improved to .385 in the second set, the Gamecocks’ percentage was identical and they outblocked the Tigers, 3-1.

Only once this year had LSU come back from an 0-2 deficit, and that was in a five-set victory over Creighton in Omaha. It wouldn’t happen again tonight.

The Tigers jumped out to a 9-5 lead in the third set, prompting a Carolina timeout. And despite LSU holding a lead by as much as 13-7, USC managed to scrape back enough points for another tie at 13-all. They kept the momentum, eventually winning by a 25-19 decision.

The Tigers next travel to Gainesville to face No. 11 Florida on Sunday at noon in the O’Connell Center. The match will be televised live by SEC-TV.