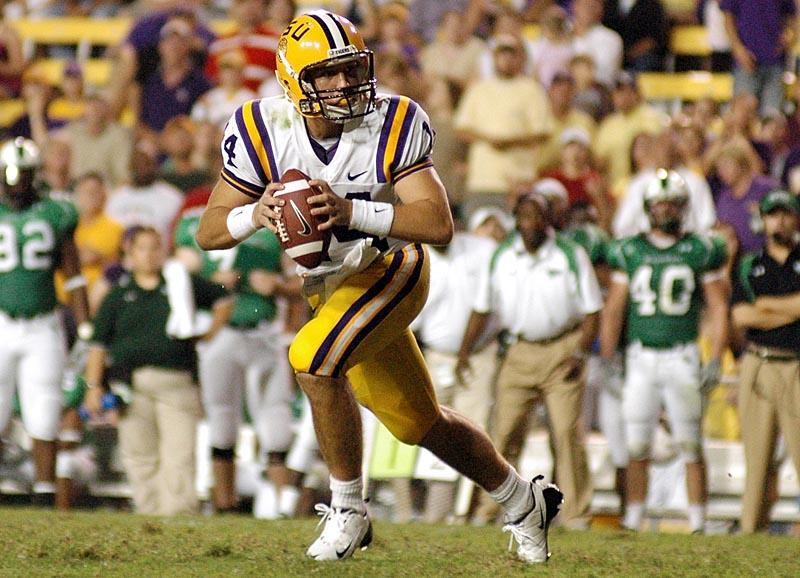 AUBURN, Ala. — LSU and Auburn take center stage on the national level on Saturday as the Southeastern Conference clash between the western division heavy-weights is college football’s only top 10 matchup this weekend.

Kickoff for sixth-ranked LSU and No. 9/10 Auburn is scheduled for 6:45 p.m. from a sold-out Jordan-Hare Stadium. The game will be televised to a national audience by ESPN.

LSU brings a 2-0 overall mark into the contest after opening the season with a pair of non-league wins over Appalachian State and North Texas. Auburn, now 3-0 overall, opened conference play last week with a 3-2 victory over Mississippi State.

While the outcome for Saturday’s contest could be difficult to predict, one thing is certain and that it will be a physical contest that likely won’t be decided until late in the game.

The last four games between the teams have been decided by a total of 14 points, with each of those contests not being determined until late in the fourth quarter. Last year, LSU scored with one second left to beat Auburn, 30-24.

Although its just the third game of the season for LSU, the winner of the LSU-Auburn game has gone on to claim the SEC Western Division title six of the last eight years.

“Any time you play a Western Division opponent it has very significant consequence,” Miles said. “We have a good week of preparing for Auburn. It’s definitely an important game, but it only counts as one.”

Against Auburn, LSU will continue to rely on a balanced offensive attack, one that is averaging 41 points per game to along with 442 yards a contest. LSU is averaging 241 yards rushing and 201 yards passing a contest.

“I think we will be balanced on both sides of the ball,” Miles said. “Our football team is best when we can do both and that’s certainly what we are going to try do. We are going up against a great defense with a very talented scheme. We are going to be tested very significantly but we feel like we will be up to that challenge.”

Against Auburn, LSU will face a defense that is allowing just 5.0 points per game and only 213.7 yards per game. Auburn has also limited opponents to convert on just 5-of-46 attempts on third down.

The Tigers running attack has been paced by junior Charles Scott, who leads the SEC in rushing with 131 yards per contest. Scott opened the year with 160 yards and a TD against Appalachian State and then followed that with 102 yards and a score against North Texas.

LSU is expected to continue to use its two-quarterback system with sophomore Andrew Hatch and redshirt freshman Jarrett Lee sharing snaps. Hatch has started both games for LSU this year and has connected on 17 of 31 passes for 202 yards and one score. He’s also rushed for 61 yards and one TD for the Tigers.

In his backup role, Lee has completed 16 of 28 passes for 200 yards and a pair of touchdowns.

The LSU defensive unit will be tested by Auburn spread offense, one that is averaging just over 21 points and 367 yards per contest.

Perhaps the X-factor in the LSU-Auburn contest is that of special teams, in particular return specialist Trindon Holliday. Holliday, a track All-America for LSU, ranks first in the nation in punt returns with a 40.3 average on four returns. Last week against North Texas, Holliday returned four punts for 163 yards, including a 92-yard touchdown.

Holliday will also return kickoffs for the Tigers.

“If you love a competitive environment and if you like taking to the field and seeing what you got, then you’ll love big games,” Miles said earlier this week. “I can tell you our guys are looking forward to playing in one of the great venues in college football. I think the game day atmosphere is tremendous and it’s going to be fun to take my team into Jordan-Hare Stadium and competing against another top 10 team. We are looking forward to the challenge.”