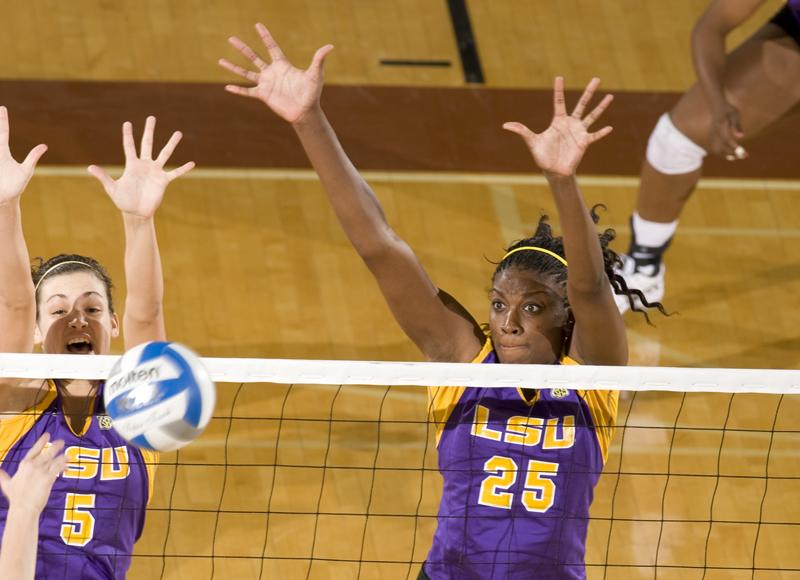 After playing in three away tournaments while compiling a 5-2 record, the Tigers go back on the road for their first league opponent. Since Fran Flory took over as head coach for LSU, the Tigers are 5-5 in SEC-openers, winners of four straight since falling to Arkansas in 2003 to begin SEC play.

“I certainly hope and would believe that our preseason schedule has us very prepared to open SEC play” LSU head coach Fran Flory said. “Having the opportunity to play at No. 2 Nebraska in front of 13,000-plus fans was good for us, as were some other difficult matches against teams like Minnesota, Creighton, Texas A&M and St. John’s. With that experience, I’m sure our team will feel very prepared going up against the other teams in our league.”

Since dropping their opening match to Arizona State, the Gamecocks have reeled off eight straight wins to own an 8-1 overall record ? the best mark in the SEC. They played in the Carolina Challenge last weekend, defeating in-state foes College of Charleston, Clemson and Winthrop.

The series between LSU and South Carolina sits exactly even. In 24 meetings, each team has won 12 times, with each team claiming one victory in the 2007 series. Both teams won at home, with South Carolina just escaping with a five-set decision in Columbia.

“There is no such thing as easy match in the SEC, especially on the road,” Flory said. “Every team in our league is tough, and it’s become incredibly difficult to win matches on someone else’s court. On top of that South Carolina is off to a great start and is playing with an extremely high level of confidence. They are a much improved team from where they were last year. They had some great athletes who have now matured into some well-rounded volleyball players. So we definitely understand the challenge it’s going to be for us to go into their house and come out with a win.”

The Tigers are coming off a 1-1 weekend in the Ameritas Players Challenge hosted by Nebraska in Lincoln, Neb. After falling to No. 2 Nebraska on Friday, LSU rebounded for a 3-1 victory over St. John’s on Saturday. In the loss to Nebraska on Friday, 13,412 fans were on hand in the Devaney Center, making it an NCAA regular-season volleyball attendance record.

After facing the Gamecocks, the Tigers will travel to Gainesville, Fla., to take on the Gators on Sunday, a match that will be televised by SEC-TV at noon CT.