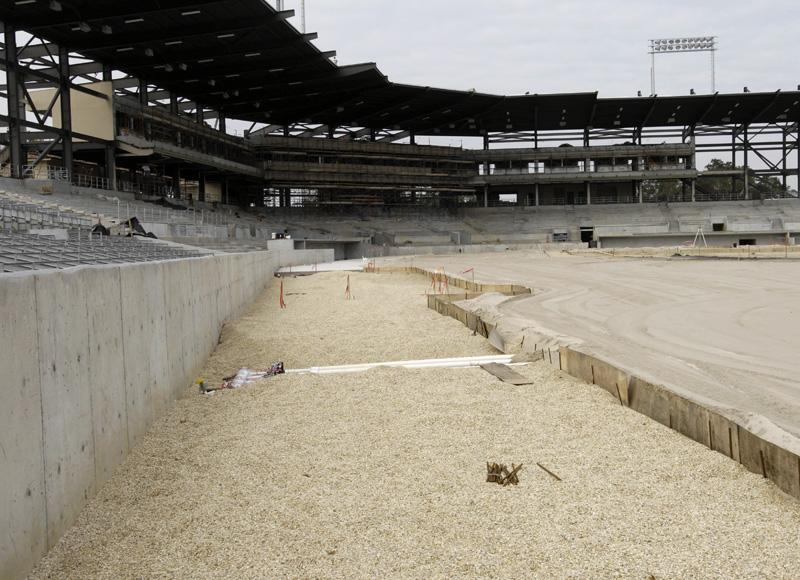 The New Tiger Park softball stadium suffered some damage on the team clubhouse roof, but overall the stadium and the site favored well. Arrighi Construction has assessed the damages and is continuing forward to have those issues rectified as soon as possible. Projected completion date still remain in place for February 2009.

The New Alex Box Stadium faired quite well. The new stadium only suffered a few minor damages, which are currently being addressed by the contractor Buquet and LeBlanc. Currently the project is progressing forward with the construction of the parking areas, the stadium and the work on the playing field. The projected completion date for baseball is also February 2009.

The New Tiger Gift Center and the New Basketball Practice Facility suffered none if any damages to their projects.

The new basketball practice facility, which was designed in a joint venture between Holden architects (Baton Rouge, La) and RDG Sports (Des Moines, Iowa), is well underway with the facility set to be complete by the 2009 basketball season. The construction of the project is being conducted by Guy Hopkins construction.

“Through it all, the contractors for each project have been exceptional,” LSU Associate Athletic Director Eddie Nu?ez said. “They have been doing everything possible to keep all their projects on schedule and with little, if any, time lost due to weather. I truly think we were fortunate after Hurricane Gustav to only suffer minimal damages in all our construction projects. The contractors deserve much of credit for preparing their site as much as they possibly could before the storm came through.”