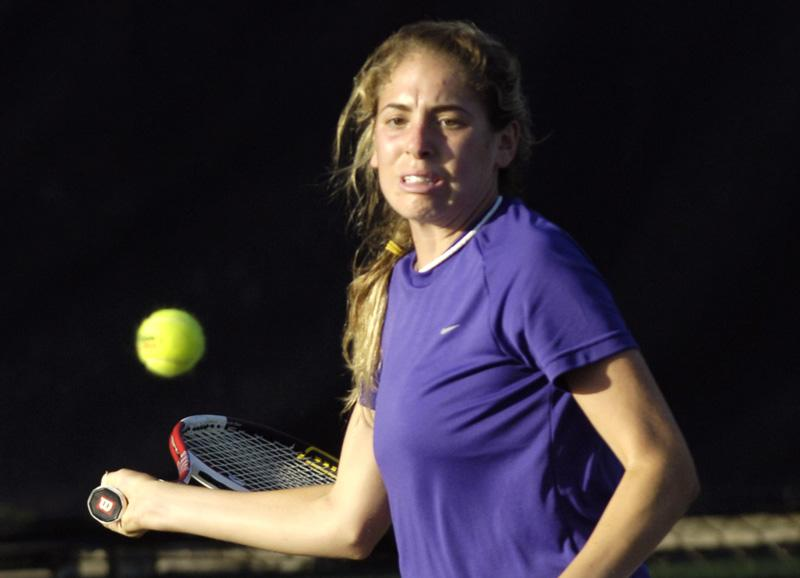 MINNEAPOLIS — One day after advancing to the championship match in three flights at the Gopher Invitational, the LSU women’s tennis team captured all three titles on the final day of the tournament at the Baseline Tennis Center on Sunday.

Megan Falcon, who has been flawless throughout the tournament, won the championship of the Vikings Singles Flight by sweeping Iowa’s Alexis Dorr in straight sets 6-1, 6-4. Falcon, the nation’s 15th-ranked player, is now a perfect 4-0 and has yet to drop a set on the season.

No matter who won the final in the Timberwolves Singles Flight a Lady Tiger was going to take home the title as junior Nicole Kantor faced freshman Nicole Smith. In the end, Kantor’s experience won out as she defeated Smith 6-0, 6-0, to claim the championship.

In doubles, 11th-ranked Falcon and Mykala Hedberg ran their record to 4-0 by winning the championship of the Minnesota Flight. The Lady Tiger tandem knocked off Minnesota’s Jackie Sperling and Magdalena Wiecha when the Golden Gopher duo retired trailing 5-2.

“I’m really happy for Megan, Mykala and Nicole that they were able to win titles,” head coach Tony Minnis said. “I think it’s a good start for them and our team. I was really pleased with how everybody played, and hopefully we can build on this for the next tournament.”

The Lady Tigers will return to the courts at the Pepsi Challenge hosted by UL-Lafayette on September 26-28.