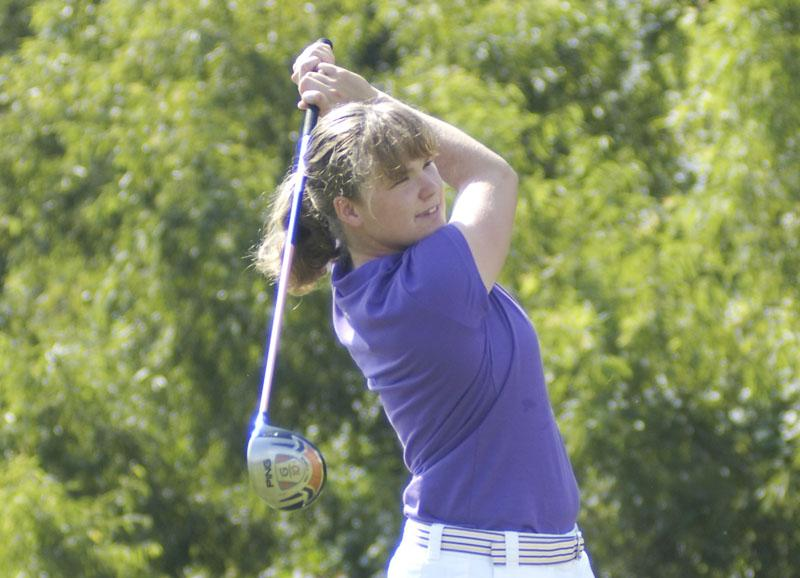 HANAHAN, S.C. — The 13th-ranked LSU women’s golf team, rallied for a 1-over par back nine as a team and freshman Jacqueline Hedwall made her first collegiate round an under par one Sunday in the first day of the College of Charleston Cougar Classic at the Yeomans Hall Golf Course.

The Lady Tigers finished with a four-player total of nine-over par 297, while Hedwall posted a one-under par total of 71 in the opening round of the fall season for the LSU golf team.

Hedwall had five birdies over the last12 holes of her round and played the par fives in three under par, tied for the best of any player in the tournament Sunday.

The LSU team began to put things together on the back nine after turning at eight-over par after the first nine holes. Helping LSU’s final total was when all-four counting scores birdied the par-five 18th hole to keep LSU in a top 10 position after the first day, finishing in a tie for eighth.

“We played okay,” said LSU Coach Karen Bahnsen of the opening round. “We really had to work for it. We had to grind it out to keep things from getting away from us. But we finished better and I know the girls are looking forward to trying to improve on things (Monday).”

Virginia and Georgia are the team leaders after the first round with even par 288s, two shots better than South Carolina at 290. North Carolina State is fourth at 291 with North Carolina and Florida State next at four-over 292 with Alabama four shots better than LSU in seventh at five-over 293. Notre Dame is tied with LSU in eighth at 297 with host Charleston in 10th at 12-over 300 in the 22-team field.

Last year’s stroke average leader as a freshman, Megan McChrystal shot back-to-back 37s on the nines for the Lady Tigers to finish at two-over 74 and is in a group tied for 27th after the first day. Sophomores Amalie Valle, Lindy LaBauve and Nicole Crochet, all finished with four-over 76s for the opening round of the year.

LSU will be in the opening group on Tuesday at 6:40 a.m. of the second round. Live scoring is available through Golfstat.com at LSUsports.net.