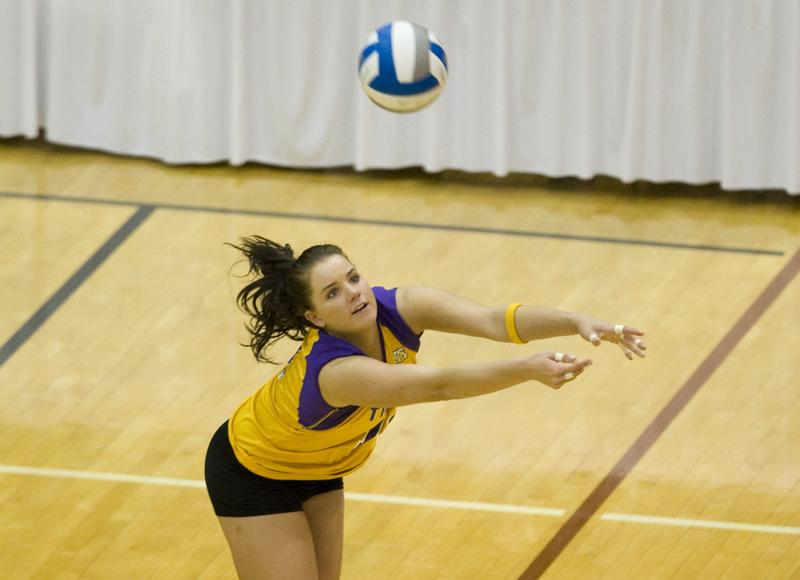 LINCOLN, Neb. — LSU volleyball seniors Elena Martinez and Kyna Washington both were named to the Ameritas Players Challenge all-tournament team after leading the Tigers to a 1-1 performance on the weekend.

The Tigers dropped a tough match Friday night to No. 2 Nebraska and then rebounded Saturday for a victory over St. John’s ? a Sweet 16 team from a year ago.

Both LSU seniors played a large role in LSU’s successes in the tournament. Washington posted 21 kills on the weekend, including a 14-kill output against St. John’s. She also had nine blocks against the Red Storm, which was a career high for the Houston native.

Martinez contributed 10 digs against Nebraska and another 15 against St. John’s. Those grabs gave the New Orleans native a new career milestone, as with her 11th dig against the Red Storm she earned the 1,000th dig of her career. She also moved up to ninth place all-time for career digs in LSU history.

Next up for the Tigers is the start of Southeastern Conference play with trips to South Carolina and Florida next weekend.