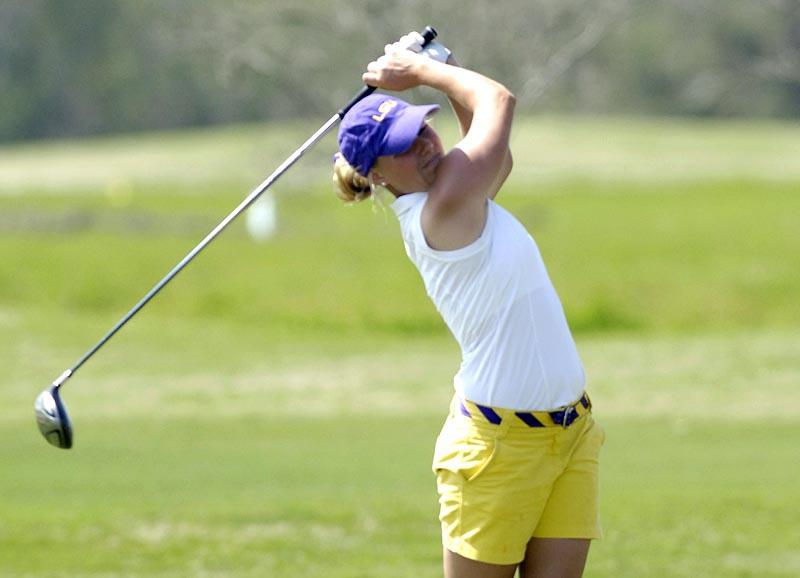 HANAHAN, S.C. — The 13th ranked LSU women’s golf team opens its 30th season of intercollegiate play Sunday when they part in the College of Charleston Cougar Classic at the Yeamans Hall Golf Course.

The 54-hole tournament will be one of three events the Lady Tigers will play in a season that is highlighted by the annual LSU Invitational in March 2009 at the LSU University Club. The Lady Tigers will be trying to make the NCAA Division I Women’s Championship event for the second straight year and for the third time in four years. LSU finished 15th in the NCAA Championships a year ago.

LSU’s opening tournament lineup will be young but will have four players with experience from last year as the Lady Tigers will send out four sophomores and a freshman. The lineup is led by last year’s stroke average leader Megan McChrystal of Stuart, Fla., who was named second team All-SEC after averaging 74.56, the fourth lowest single season average in Lady Tiger history. McChrystal advanced to the final 16 of the U.S. Women’s Amateur this past summer.

Joining her in the lineup will be sophomores Nicole Crochet of Harahan, La.; Lindy LaBauve of Scottsdale, Ariz.; and Amalie Valle of Norway. Joining them will be Sweden’s Jacqueline Hedwall, a member of the Swedish Junior National team who also posted some strong results this summer in Europe.

“We are all looking forward to this season and can’t wait for it to start,” said LSU women’s golf coach Karen Bahnsen, who begins her 25th year as the head coach at LSU. “We feel we have the potential to have a very good year and now it is time for us to go out and perform. We have struggled the last couple of weeks working the time in to practice with all the things that have happened with the hurricanes here locally but the girls are ready to go out and see how we measure up early in the year. We still have some things to work on, but we have time to do that as the season goes on.”

The first round Sunday begins at 6:40 a.m. CST and live scoring for the event will be available on www.golfstat.com.