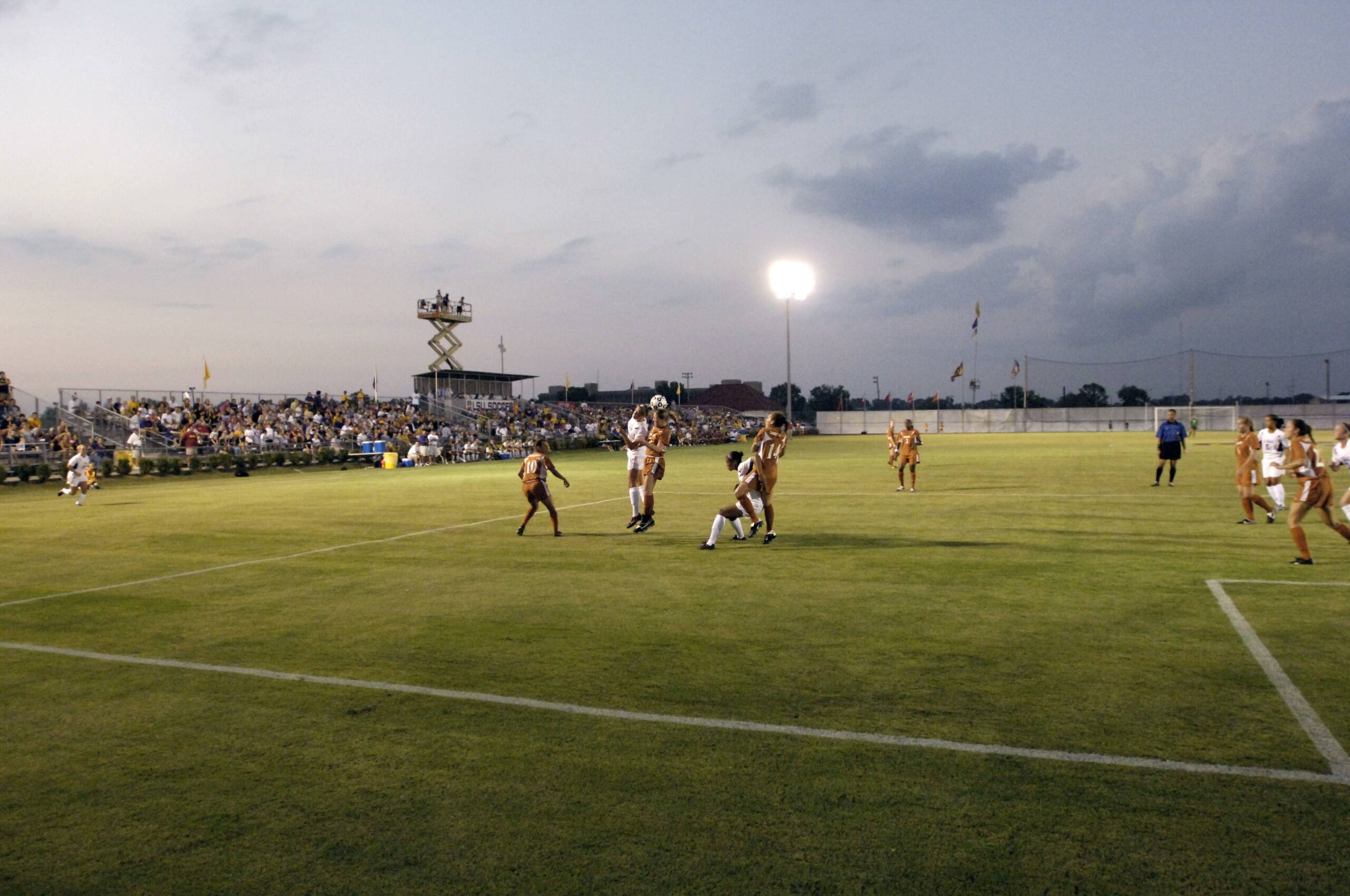 BATON ROUGE — The 12th-ranked LSU soccer team has not stepped onto the pitch since a 2-1 victory over Loyola-Chicago back on Sept. 1, but that drought will come to an end Sunday as the team plays host to Centenary at 1 p.m. at the LSU Soccer Complex.

Never in the 14-year history of the program have the Tigers had a 13-day layoff in season, but the squad must shake off the rust against a Centenary team that enters the match with a 1-4 mark.

LSU has seen quite a shakeup to its schedule in the early part of the season as a pair of matches against Kent State and Dartmouth set to be played at the LSU Soccer Complex last weekend were canceled due to the aftermath of Hurricane Gustav in the Baton Rouge area.

The Tigers were also scheduled to go on the road and play Louisiana-Lafayette on Friday night, but that match was canceled as Hurricane Ike made its way toward the Gulf Coast. In addition, an anticipated home match against Houston will now be played on Tuesday at 5:30 p.m.

LSU and Centenary have met only twice on the soccer pitch with each team coming away with a win, but the programs have not squared off since the Tigers came away with a 3-2 win on Oct. 12, 1998. The Tigers are looking to extend their school record unbeaten streak to 14 games as they have not tasted defeat at the LSU Soccer Complex since a 2-1 loss to Auburn on Oct. 13, 2006.

“At this point, the girls are just itching to get back on the field after such a long layoff,” said LSU head coach Brian Lee. “We’ve never experienced anything like this, but this team is mature and is more than capable of overcoming the adversity we’ve faced these last two weeks. We’re now in the stretch run before SEC play, and all of these games are important for us to get ready.”

The story to this point in the season for LSU has been the club’s ascent into the national rankings as its No. 12 ranking in the latest Soccer America Top 25 is the highest in program history.

The Tigers are also ranked among the Top 20 teams in the nation in two more national polls after earning a No. 18 ranking in this week’s Soccer Buzz Top 30 and a No. 20 ranking in the latest Soccer Times Top 25. In fact, LSU’s No. 18 ranking by Soccer Buzz Magazine is an all-time high according to the publication as it eclipses its previous high at No. 19 a week ago.

“That’s more a result of the hard work of our kids than anything else,” Lee said. “We believe that by recruiting good players who are also good students and good people off the field, this program can be one of the best in the country. We’re beginning to see the results of that philosophy.”

The Tigers will follow Sunday’s match against Centenary with a home match against Houston as they welcome the Cougars to the LSU Soccer Complex on Tuesday evening with kickoff set for 5:30 p.m. The match, which was originally scheduled to be played Sunday, was pushed back two days with expected travel complications for the Cougars due to Hurricane Ike.