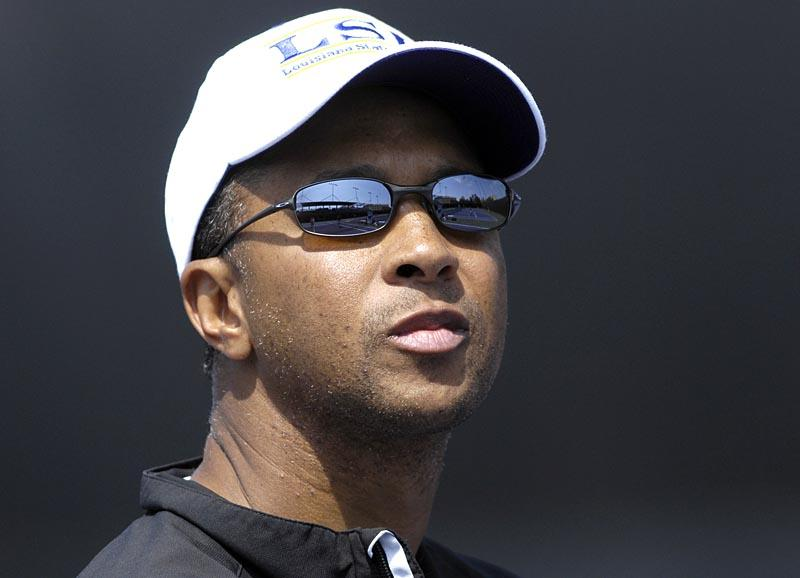 BATON ROUGE — For the second straight year the LSU women’s tennis team will open the season at the Gopher Invitational as the tournament begins in Minneapolis, Minn., on Friday.

Head coach Tony Minnis is entering his 18th season at the helm of the Lady Tigers’ program, and assistant coach Lisa Jackson will begin her fourth season with LSU.

Both coaches will be traveling to the tournament with nine of the 10 players. Only senior Staten Spencer will remain home.

“We are excited and fired up about this first tournament because we have a good portion of our team back and we have two very good freshmen,” Minnis said. “We are also excited to get out there and start competing, and this is a good opportunity to start out the season in the right fashion.”

LSU will open the fall season in doubles action as all four Lady Tiger doubles teams will begin play at 9 a.m. CT, including 11th-ranked Megan Falcon and Mykala Hedberg, who will face Iowa’s Allison Majercik and Merel Beelen in the Minnesota Doubles Flight.

Junior Nicole Kantor will pair up with freshman Nicole Smith to face Sampada Kanade and Phoebe Walker of Northern Iowa in the Minnesota Flight. Robinson will team up with Whitney Wolf, who will be making her debut as a Lady Tiger, and the duo will square off against Eastern Michigan’s Karina Ahuja and Marcela Rivero in the Minnesota Flight.

In the Golden Doubles Flight Adamek and senior Chandler Kleinpeter will face Joanna Woo of Eastern Michigan and Jennifer Barnes of Iowa.

Two-time singles All-American and 15th-ranked Falcon will face Ahuja in the Vikings Singles Flight. Also in the Vikings Flight, Hedberg will take on Nebraska’s Jana Albers, and Robinson will play Iowa’s Alexis Dorr.

In the Timberwolves Singles Flight Kantor will play Samantha Frank of Gustavus Adolphus, Smith will face Minnesota’s Jackie Sperling and Wolf will take on Beelen of Iowa.

In the Twins Singles Flight Adamek will play Jessica Kunzelman of Northern Iowa, and Mathis will square off against Nebraska’s Ashley Finnegan.

Action at the Baseline Tennis Center will begin at 9 a.m. Saturday, and play resumes at 8 a.m. on the final day of the tournament on Sunday.