LSU-North Texas to Play in Tiger Stadium at 7 p.m. 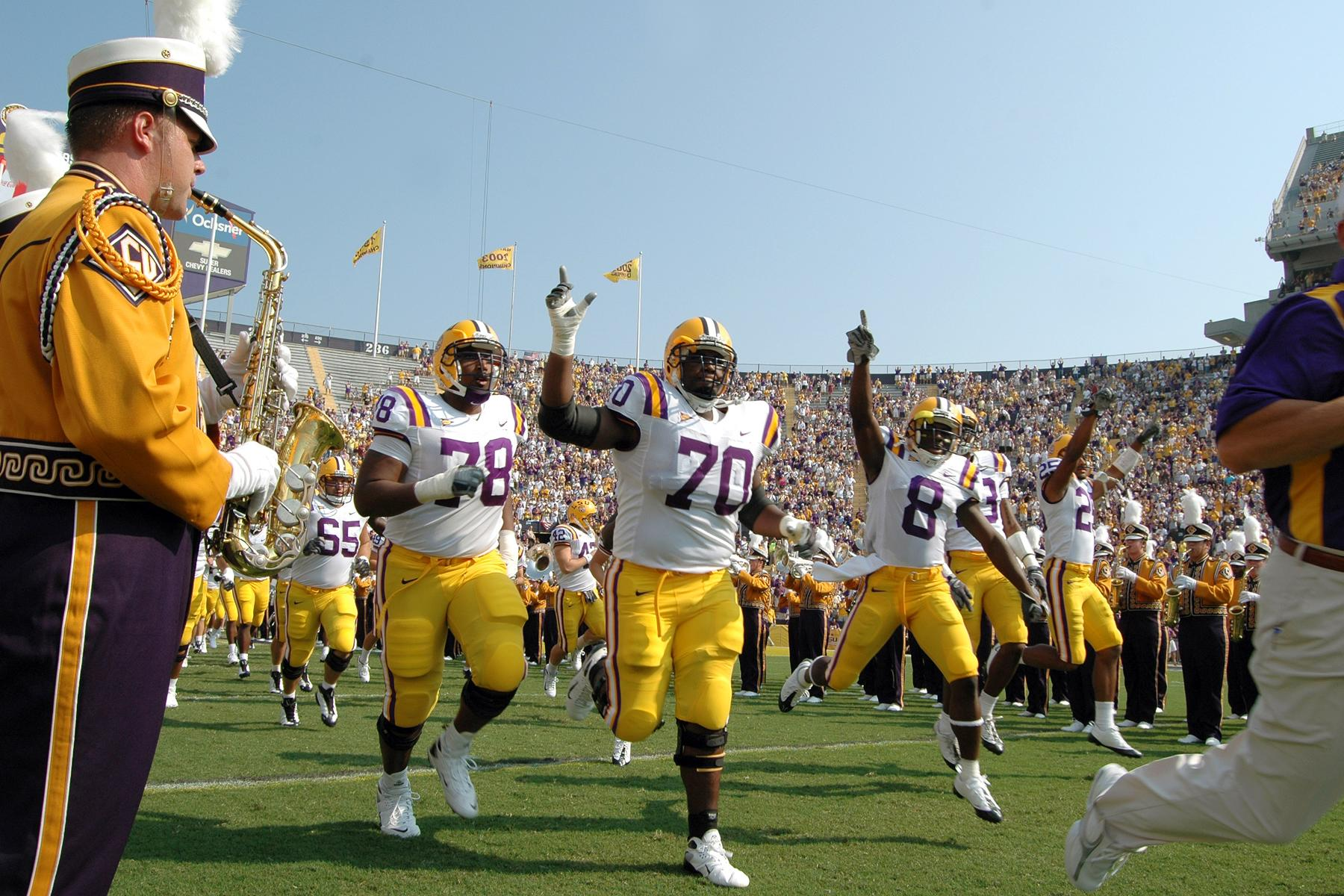 LSU officials have been monitoring the progress of Hurricane Ike for the last several days and had developed a contingency plan that would have moved the game to one of several other venues had the hurricane threatened South Louisiana.

“It is apparent that the storm will move far enough to the west that we can play the game in Baton Rouge,” Alleva said.  “Our prayers go out to our neighbors in Texas that they will stay safe.”

LSU had made contingency plans to move the game to Dallas, Atlanta, Shreveport or New Orleans if necessary.

“We worked closely with a lot of different organizations the last several days in case we had to move this game,” Alleva said.  “I am grateful to everyone in those cities and with those organizations who so graciously offered to help us and who spent considerable time preparing for a game that would have taken place on short notice.”

LSU officials are warning Tiger fans to be cautious as they drive on the streets of Baton Rouge en route to the game on Saturday.

“The City of Baton Rouge is doing a remarkable job of cleaning up our community, but Hurricane Gustav left a lot of debris and fallen power lines that warrant our fans taking particular caution as they drive to the game,” said Alleva.  “We hope they will be patient, be careful and follow the direction of law enforcement officers.”

LSU encourages fans to carpool when possible and to arrive at LSU early to avoid a last-minute traffic rush to campus.

The Pete Maravich Assembly Center is still being utilized as a medical special needs shelter.  The Tiger Athletic Foundation, LSU Sports Properties and L-Club parties that are usually held in the Maravich Center on football game days will not be held Saturday.  Also, the 1958 national championship team reunion has been postponed until LSU’s game against Ole Miss on November 22.

Fans visiting Baton Rouge are also encouraged to reconfirm their hotel reservations.  An executive order issued by the Governor of Louisiana on Tuesday instructed hotels and motels to make lodging available to utility restoration personnel who are working to restore power to homes and businesses affected by Hurricane Gustav.