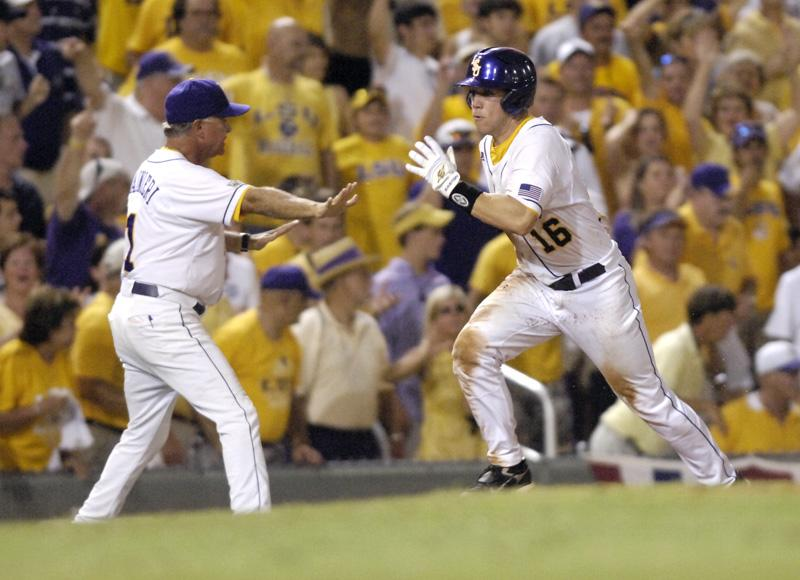 BATON ROUGE — Five LSU players have been named to the Baseball America magazine Top Prospects Lists for the collegiate summer leagues. LSU and Texas led the nation by placing five players apiece on the lists for 19 different leagues and Team USA.

LSU and San Diego State were the only schools to produce No. 1 prospects on multiple lists. The Southeastern Conference led all leagues with 26 players ranked, followed by the Big 12 (20 players), Atlantic Coast (19), and Pacific-10 (15).
Schimpf was the MVP of the Valley League Championship Series in Virginia, leading the Luray Wranglers to the league title. Schimpf hit .392 (38-for-97) over the summer with three doubles, 11 homers and 27 RBI in 27 games.

Landry earned MVP honors in the Cal Ripken Sr. League Championship Series, as he led the Youse’s Maryland Orioles to the league crown. Landry batted .304 (21-for-69) during the summer season with four doubles, two triples, 16 RBI and 17 runs in 20 games.

Ross appeared in 10 games (five starts) for the Danville Dans in the CICL, posting a 3.44 ERA and 24 strikeouts in 34 innings. He earned a complete-game victory, and he limited opponents to a .238 batting average.

Gibbs was the starting catcher for the United States National Team that won a gold medal at World Championships in the Czech Republic. Gibbs hit .264 (19-for-72) for the U.S. with three doubles, two homers and 17 RBI in 23 games.

LSU will conduct its fall practice period from September 25 through November 7 in the original Alex Box Stadium. The Tigers begin the 2009 regular season on February 20 when they play host to Villanova in the New Alex Box Stadium.