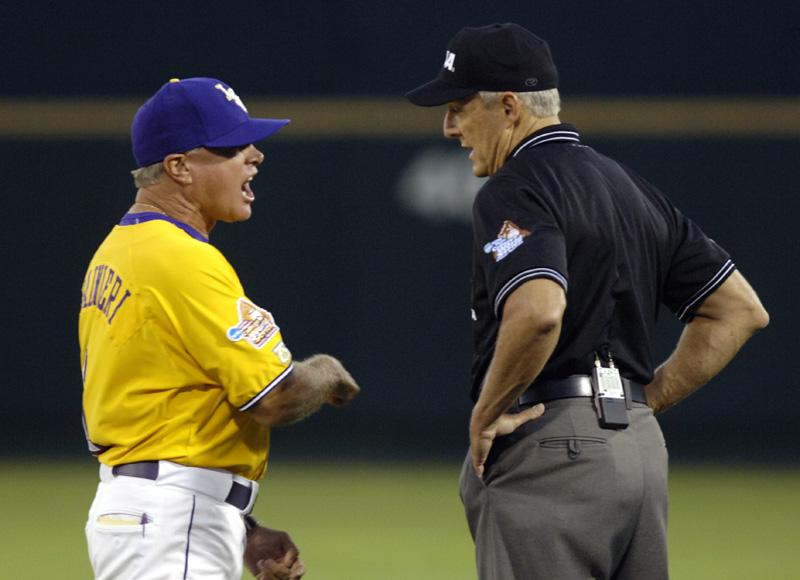 BATON ROUGE — The start of fall baseball practice at LSU has been postponed until September 25, coach Paul Mainieri said Tuesday.

Fall practice was originally scheduled to begin on September 13, but the starting date was changed due to the impact of Hurricane Gustav.

The Tigers will engage in 35 practice sessions, including several scrimmages, from September 25 through November 7 in the original Alex Box Stadium.

“We’ve been staggered a bit by the storm, but we’re still standing,” Mainieri said. “We’ve had to make some adjustments in our schedule, but we’re fortunate that we have some flexibility in our fall calendar. Our players have a great attitude, and they’re ready to get started.”

Mainieri said the players began individual workouts and conditioning drills this week after the LSU campus was closed last week due to the hurricane.

Mainieri, the 2008 Rivals.com National Coach of the Year, welcomes back 25 players that contributed to the squad’s success last season, when the Tigers advanced to the College World Series and finished No. 6 in the final national polls.

LSU also features a talented class of 10 freshmen, including four that were selected in the 2008 MLB Draft.

LSU begins its 2009 regular season on Friday, February 20, when the Tigers play host to Villanova in the New Alex Box Stadium.