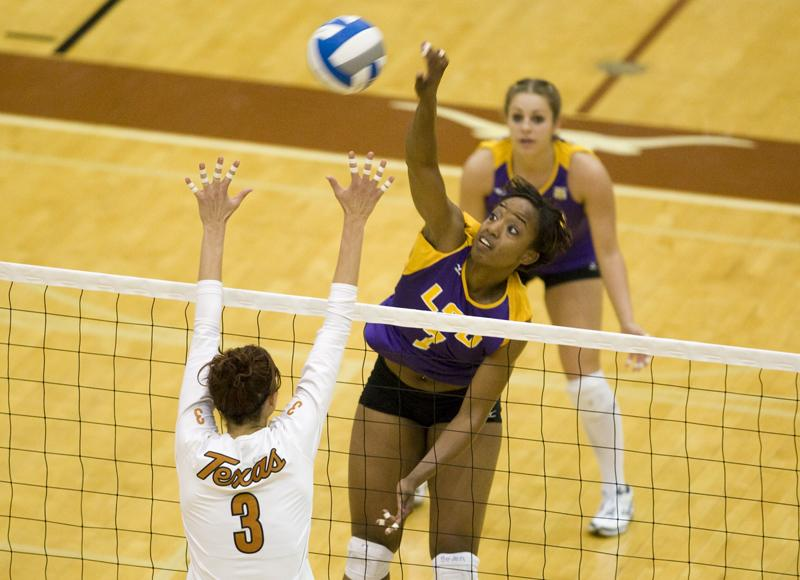 “I think this was a very solid effort by our team today,” LSU head coach Fran Flory said. “McNeese is a very good team. We did a good job of maintaining the level of intensity throughout the match, which is something we hadn’t been able to do so far this season. That’s a very positive step forward for us.”

Senior outside hitter Kyna Washington led the Tigers in kills with 12 while hitting at a .360 clip. Angela Bensend also recorded double-figure kills with 10. Brittnee Cooper‘s six kills came on just nine attempts for a .556 percentage.

Setter Sam Dabbs paced the offense with 40 assists, also picking up 14 digs for a double-double. She was just two kills away from recording her second triple-double of the season in just five games. Elena Martinez also picked up 10 digs to aid the defensive effort.

“I’m especially proud of the offensive maturity that Kyna Washington showed tonight,” Flory said. “She had a great night for us. I’m proud of our entire team and how they responded to all of the circumstances they have had to handle.”

The Cowgirls hung with LSU early, within a point at 12-11. But the Tigers went a few runs after that to claim the first set, 25-18. The Tigers hit at a .308 clip in that first set, led by Angela Bensend with seven kills. They held McNeese to a .080 hitting percentage in the opening frame as well, as the Cowgirls mustered just four kills on 25 attempts.

LSU closed things out in the third set with a 25-21 decision. The Tigers hit .237 in the final set, led by Washington with five kills.

The Tigers will travel to Lincoln, Neb., to play in the Ameritas Players Challenge hosted by Nebraska next weekend.

“We know we have a lot of work today before going up against Nebraska next weekend,” Flory said. “We are ready to get in the gym and prepare, and we will be very happy to be in Baton Rouge doing it.”