Volleyball to Play in Lake Charles This Weekend 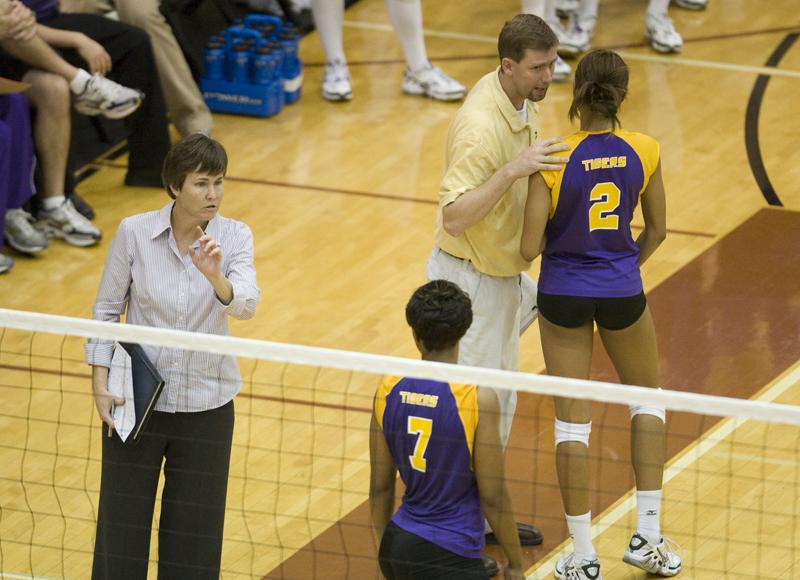 BATON ROUGE — After having its regularly scheduled Tiger Classic at home cancelled due to effects of Hurricane Gustav, the No. 24 LSU volleyball team will participate in the McNeese Invitational in Lake Charles, La., this weekend. Several schedule changes have been made since original release.

The Tigers’ matches in this tournament will now include a Friday contest with Nicholls State at 2 p.m. and then a match against host McNeese on Saturday at 7 p.m. The Tigers will no longer be playing a Sunday match against Southern Miss.

LSU is coming off a 2-1 performance in the Bluejay Invitational hosted by Creighton in Omaha, Neb., last weekend. The Tigers won two five-setters against Texas A&M and Creighton before falling in three sets to then-No. 16 Minnesota. Senior libero Elena Martinez and junior middle blocker Brittnee Cooper were named to the all-tournament team for their efforts. Martinez also was named the Southeastern Conference’s Defensive Player of the Week for the third time in her career this week.

The Tigers just arrived back in Baton Rouge by bus late Thursday afternoon after being unable to make in back into town from their last tournament and will depart for Lake Charles on Friday morning at 8 a.m.