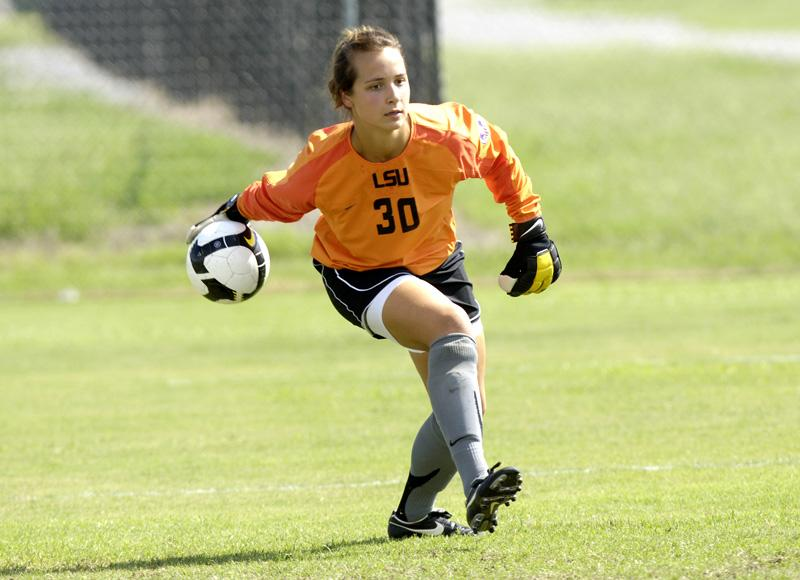 EVANSTON, Ill. — The 17th-ranked LSU soccer team raced out to a 2-0 lead midway through the first half and held on to defeat the Loyola-Chicago Ramblers by the score of 2-1 on Monday night in the finale at the inaugural Lakeside Invitational at Lakeside Field.

The Tigers remained perfect on the season by improving to 4-0 for the second straight year, while the Ramblers dropped to 1-3 following this weekend’s action.

“It was really a tale of two halves for us tonight. We had the run of it in first half and Loyola took control in the second half and really put pressure on us,” said LSU head coach Brian Lee. “You have to credit Loyola for that because they’re a good team. The important thing is that we picked up another win on the road, and winning on the road in this sport is never easy.

“It was especially challenging for us this week with Louisiana bracing for Hurricane Gustav. Our thoughts and prayers are with the people of Louisiana as we recover from the storm. We’re all looking forward to getting back home and spending time with our families.”

Junior All-American and Hermann Trophy candidate Malorie Rutledge put the Tigers on top, 1-0, in the 19th minute with her first goal of the season. Fellow junior Rachel Yepez played the ball through the Rambler defensive back line to Rutledge, who skipped a low lining shot inside the far post from 16 yards out in the right side of the area with a defender draped on her left shoulder.

Senior captain Casey Crawford gave LSU a 2-0 advantage heading into the locker room with her first career goal as a Tiger by punching a header into the net off a corner kick in the 29th minute.

After setting the ball in place near the left corner flag, junior Katherine Lagow served in a perfect cross to Crawford patrolling the back post when the Mandeville native one-timed a header past a defenseless keeper for the score. It was her first goal in 48 career appearances in an LSU uniform.

“Casey scoring that second goal was big for our team because we seemed to kind of take over the game in the last 25 minutes or so of the first half,” Lee said. “But Loyola never surrendered and kept their intensity level high and got right back into it in the second half. They’re a team with an NCAA Tournament pedigree and know how to win. They have our full respect.”

The Ramblers pulled one back in the second half when junior forward Jackie Vera made the score 2-1 with her third goal of the season in the 66th minute of play.

For their performance over two days of competition, both Crawford and Rutledge were named to the inaugural Lakeside Invitational All-Tournament Team along with senior captain Roslyn Jones and freshman goalkeeper Mo Isom with Isom taking home Most Valuable Player honors.