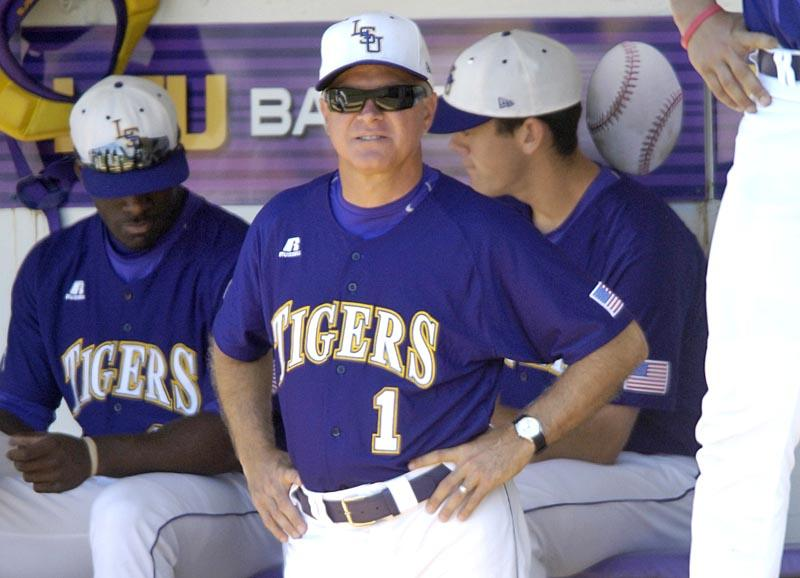 BATON ROUGE — The LSU baseball squad has been named “Team of the Week” by CollegeBaseballInsider.com. The Tigers posted a perfect 5-0 record during the week of April 21-27, including a three-game sweep of No. 9 South Carolina in Alex Box Stadium.

The sweep was LSU’s first in the SEC since 2006 when LSU won three straight at Auburn. The series victory over South Carolina was the Tigers’ first SEC sweep at home since LSU swept Tennessee at Alex Box Stadium  in 2003.

LSU batted .319 (36-for-113) in the South Carolina series, scoring 28 runs and collecting eight homers, four doubles and one triple. Sophomore designated hitter Blake Dean paced the Tigers at the plate in the series, batting .462 (6-for-13) in three games with one double, one run and two RBI. For the entire five-game week, Dean hit a sizzling .571 (12-for-21) with three doubles, two homers, four RBI and five runs

Junior left-hander Blake Martin delivered an exceptional performance on Friday to defeat South Carolina, the SEC leader in home runs. Martin worked 8.1 innings against the Gamecocks, limiting them to two runs on seven hits with five walks and seven strikeouts. After allowing a run in each of the first two innings, Martin blanked the Gamecocks over the final 6.2 innings of his outing — he retired 10 consecutive batters from the end of the fourth inning until the start of the eighth inning.

LSU blanked McNeese State, 6-0, last Wednesday as freshmen pitchers Daniel Bradshaw, Austin Ross and Anthony Ranaudo combined to fire a one-hitter against the Cowboys. The effort marked the first one-hitter by the LSU pitching staff since April 18, 1997 when Patrick Coogan threw a one-hitter against Ole Miss in Alex Box Stadium.