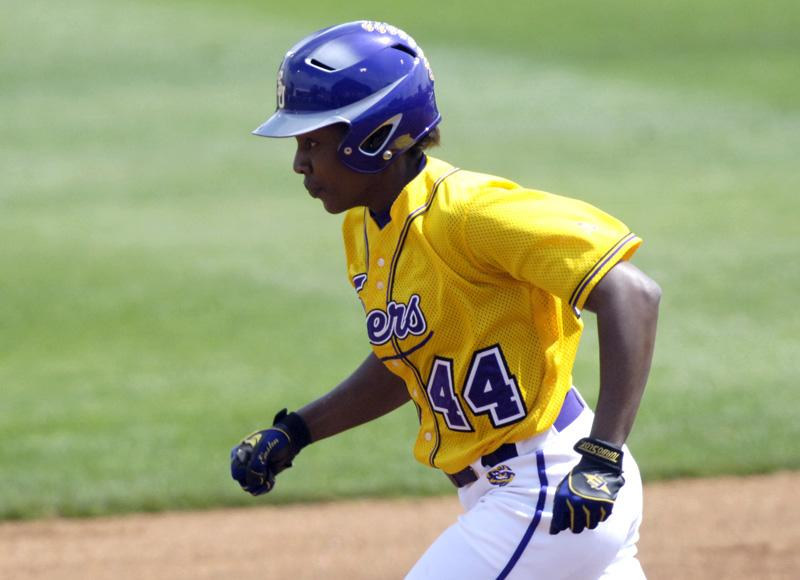 HAMMOND, La. ? The 15th-ranked LSU softball team will travel to face Southeastern Louisiana on Wednesday at 6 p.m. at North Oak Park in the final mid-week game of the season for the Tigers, who will conclude the regular season this weekend.

LSU (38-14) guaranteed its spot in the Southeastern Conference Tournament next weekend with a sweep of Arkansas last weekend. The Tigers are currently in second in the Western Division standings and fourth overall, in a near tie with third place Tennessee. LSU controls its own destiny in seeding for the tournament as the Tigers can wrap up the third seed with a sweep of South Carolina this weekend.

The Lady Lions (27-23) have lost four straight and nine of their last 10. Last weekend Southeastern was swept at Texas-Arlington and also lost a mid-week game at South Alabama. LSU earned a 7-0 win against the Lady Lions at Tiger Park earlier this season. However, the Tigers lost their last visit to Hammond, snapping LSU’s 55-game winning streak over Louisiana schools.

“The players understand what these in-state games mean,” said LSU head coach Yvette Girouard. “We have pointed out to them numerous times that the NCAA Committee used the Southeastern loss at the end of last season to keep us out of the one of the top eight national seeds. They understand that every game is very important.”

In the first meeting between the two teams this year, Dani Hofer allowed only one hit in five innings of work with nine strikeouts while Dee Dee Henderson, Jazz Jackson and Erika Sluss each recorded three hits in the contest.

Sophomore Rachel Mitchell continues to light it up at the plate as of late. The SEC Player of the Week is hitting .500 over the last 18 games with three doubles, a triple and six home runs. In addition, she has posted 17 RBIs and scored 11 runs for a .926 slugging percentage. Last week, she was 8-for-10 at the plate with a double, a triple and three home runs for a 2.000 slugging percentage. Adding in four walks, Mitchell also recorded a .857 on base percentage.

For the season, Mitchell leads LSU with a .377 average, including a team-best 44 RBIs and 38 runs scored, while ranking second on the team with 12 doubles. With two home runs in the final game against Arkansas on Sunday, the outfielder recorded her ninth and 10th homers of the year, becoming just the second player in Tiger softball history to record double-figure home runs in two seasons.

Dee Dee Henderson leads the Tigers with 31 stolen bases, becoming just the second player in LSU softball history to record 30 steals in a single season. For her career, Henderson ranks second in career stolen bases in school history and sixth in SEC history. Jazz Jackson has posted a career-best 20 stolen bases, followed by Mitchell and Tiffany Shaw with 10 each.

As a team, the Tigers are hitting .286 for the season. LSU has recorded 62 doubles with eight triples and 48 home runs. The Tigers are averaging just over five runs a game, having scored 266 runs this season. LSU is also just nine steals away from recording 100 stolen bases for the season and are ranked in the top 20 in the nation in stolen bases per game this season.

Dani Hofer leads LSU in the circle with an 18-7 record and a 1.90 earned run average, however the junior has been battling tendonitis in her throwing wrist which has limited her effectiveness in the last half of the season.  The junior has recorded 210 strikeouts in 29 appearances to average over 10 strikeouts per seven innings, which ranks 11th nationally this season.

“Cody Trahan stepped up huge for us last weekend,” said Girouard. “We also had some of our bats come around, which takes some of the pressure off of the pitching staff. Our defense has also been making some tremendous plays that have really been the difference in a few games.”

Southeastern is hitting .276 as a team this season, led by Heather Sherrill with a .369 average and Katie Duhe at .358. With 44 home runs as a team, the homers have been spread out as no Lady Lion has more than nine this season. In the circle, Rachel Ray is 15-13 with a 2.24 earned run average, followed by Jenna Yoder, the loser from the first meeting with LSU this season, at 9-8 with a 3.12 earned run average. As a team, Southeastern has recorded 213 strikeouts with seven shutouts.

LSU will close out the regular season on the road this weekend. The Tigers will then travel to Columbia, S.C., for the final SEC series of the season. LSU will face South Carolina in a doubleheader on Saturday beginning at noon CDT and in a single game on Sunday at noon CDT. The following week, the Tigers will host the 2008 SEC Softball Tournament at Tiger Park. The three-day tournament begins with four games on Thursday, followed by the semi-finals on Friday and the championship game on Sunday at 12:30 p.m.