Men's Tennis to Face Drake in NCAA First Round 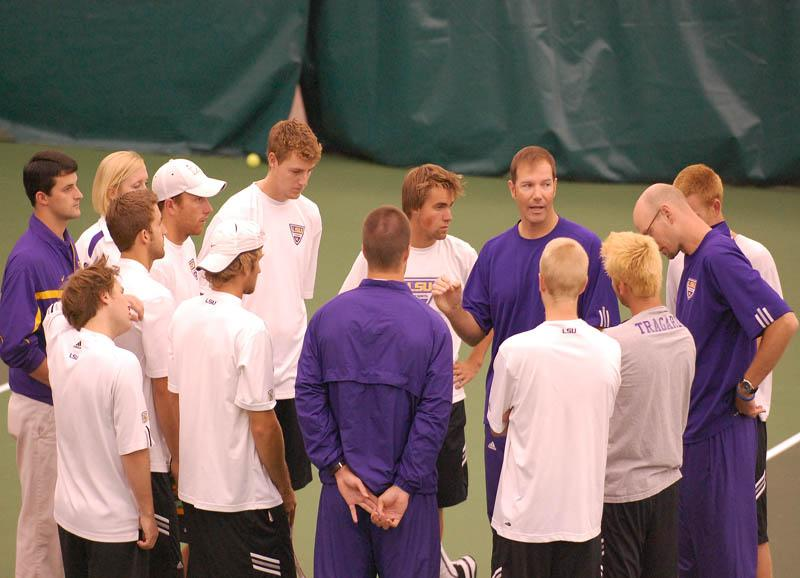 BATON ROUGE — The 18th-ranked LSU men’s tennis team will travel to Urbana, Ill., for the opening rounds of the NCAA Tournament and will face No. 46 Drake on May 9 at 3 p.m. CDT in the first round, the NCAA announced Tuesday.

The Tigers (14-8) and the Bulldogs (24-0) will square off in what will be the first meeting between the two teams. The winner of their match will face the winner of the match between Xavier and No. 15 Illinois.

“We traveled to Illinois for our first road match of the year. I feel like we are a better team now than when we faced them earlier in the year, “ LSU head coach Jeff Brown said. “Also, we have to play tough against Drake. You can never overlook an undefeated team.”

The Tigers last competed at the Southeastern Conference Tournament. The sixth-seeded Tigers knocked off the 11th-seeded Mississippi State Bulldogs by a 4-0 score in the first round. The eighth-ranked and third-seeded Tennessee Volunteers defeated the Tigers by a 4-2 mark in the quarterfinals.

Drake, champion of the Missouri Valley Conference, finished up this season with an unblemished 24-0 record under head coach Chase Hodges.

Xavier (16-8) is led by first-year head coach Eric Toth to its first NCAA tournament appearance. Xavier earned its bid after it defeated George Washington 4-0 to win the Atlantic 10 Championship.

LSU has never faced Drake or Xavier, but is no stranger to Illinois. Illinois, a member of the Big Ten Conference, carries an overall record of 18-8 as it hosts the NCAA regional. Head coach Brad Dancer leads Illinois against Xavier in the opening rounds of the tournament. LSU holds a 5-3 advantage against Illinois with the last meeting between the two earlier this season. Illinois posted a 6-1 victory over the Tigers in their first road match of the season.

The SEC is represented by nine total schools in the NCAA tournament. LSU is joined by Tennessee, Kentucky, Georgia, Auburn, Ole Miss, Vanderbilt, Alabama and Florida.

The Tigers hold a 26-24 all-time record in the NCAA Tournament. LSU has reached the tournament 24 times, which ranks second in the SEC behind Georgia (29.) LSU was bounced from the tournament last season by Ohio State, 4-0, in the round of 16. Brown has brought the Tigers to the tournament each year he has led the team and reached the semifinals in his first two years (1998, ’99).

Should LSU advance past Drake, the Tigers will face the Illinois-Xavier winner at 2 p.m. on Saturday, May 10.