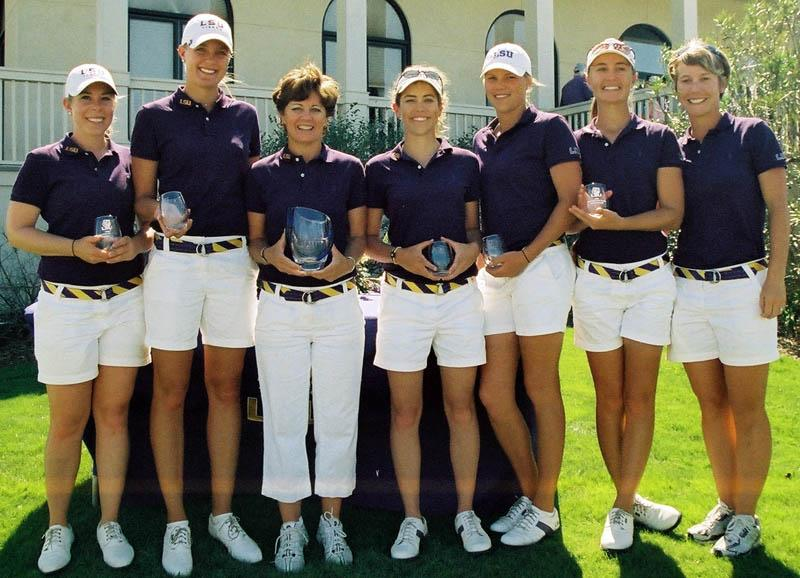 BATON ROUGE — The LSU women’s golf team received a good nod from the NCAA Women’s Golf Committee when it was named the No. 7 seed in a field of 21 for the NCAA Central Regional golf tournament, May 8-10, in Austin, Texas.

The selection of the Lady Tigers, ranked 20th in the Golfweek performance rankings and in the National Golf Coaches Association coaches’ poll, put the Tigers in a region away from several of the higher ranked teams it had battled through much of the season.

LSU is one of 63 golf teams chosen at three regional sites for the tournament with the top eight teams after 54-holes of play advancing to the NCAA Division I Golf Championships set for later in May at the University of New Mexico.

The regional selection marks the fifth straight year the Lady Tigers have advanced to regional play and LSU has only missed advancing to this round twice since the regionals were first used to determine the championship field in 1993.

“We are looking forward to the challenge,” said LSU women’s golf coach Karen Bahnsen, who has advanced eight teams to the NCAA Division I Women’s Golf Championships. “We are going to get the team’s finals out of the way and work hard to prepare for this event. We will be ready and we are very pleased with where we were placed by the committee.”

The East regional, hosted by the University of Georgia, is topped by the three-time defending champions from Duke with SEC schools Florida, Georgia and Auburn the next three seeds. Southern California, the nation’s third-ranked team is the top seed in the West regional in Sacramento, Calif. Arkansas is the third seed in the West.

Only four teams have played tournament golf on the course this year in the March Betsy Rawls event and all are seeded below LSU ? Notre Dame, Texas, TCU and Nebraska.

The Lady Tigers will be looking to advance to the NCAA Division I Golf Championships for the first time since 2006 and for the ninth time overall.

The East regional will be played May 8-10 at the UGA Golf Course, Athens, Georgia, hosted by the University of Georgia.  Conference automatic qualifiers are indicated in parenthesis next to the institution.

The West regional will be played May 8-10 at the Lincoln Hills Golf Club, Lincoln, California, hosted by Sacramento State University.  Conference automatic qualifiers are indicated in parenthesis next to the institution.