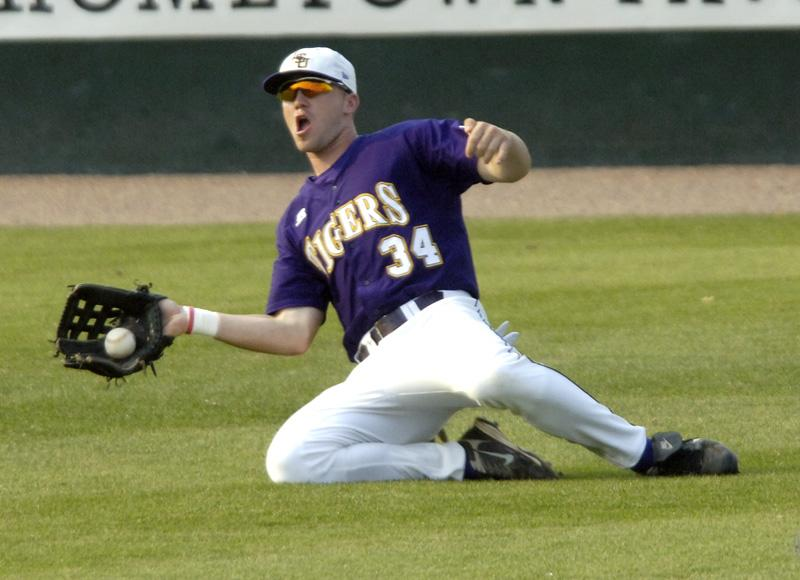 Live video and audio of the games may be accessed in the Geaux Zone at www.LSUsports.net.

The one-hitter was the first for the LSU pitching staff since April 18, 1997, when Patrick Coogan limited Ole Miss to one hit in a 7-1 victory in Alex Box Stadium.

LSU enters the South Carolina series in fifth place in the SEC West, 3.5 games behind first-place Ole Miss (10-8). LSU is 1.5 games behind Alabama (8-10) for the final berth in the eight-team SEC Tournament with 12 league games remaining.

“If we’re going to be serious contenders for an SEC Tournament spot, this is the weekend we need to start making our move. South Carolina is a team with great power and so many weapons, but this is an opportunity we’re looking forward to.”

LSU junior rightfielder Derek Helenihi leads the Tigers with a .345 (48-for-139) batting average, and he has collected nine doubles, three triples, one homer and 23 RBI.

Sophomore designated hitter/outfielder Blake Dean has sizzled at the plate in recent games, raising his cumulative average to .329 (52-for-158) with seven doubles, two triples, 10 homers and a team-best 34 RBI. Dean has 12 hits in his last 23 at-bats, hitting .522 in his last five games.

LSU leads the overall series between the schools, 22-20-1; however, South Carolina has won eight of the last nine meetings. The Gamecocks won two of three games over the Tigers last season in Columbia, and South Carolina posted back-to-back three-game sweeps over LSU in 2005 and 2006 in Alex Box Stadium.

RANKINGS
South Carolina is ranked No. 9 by USA Today/ESPN and No. 12 by Baseball America and Collegiate Baseball