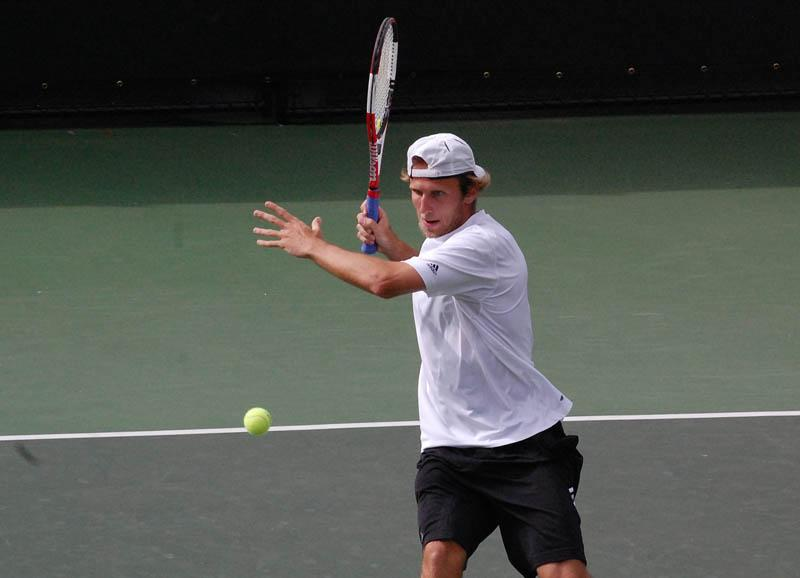 BATON ROUGE — The LSU men’s tennis team is listed at No. 19 in the latest national rankings, the Intercollegiate Tennis Association announced Tuesday.

The Tigers (14-8) reached the quarterfinals of the Southeastern Conference Tournament last week in Fayetteville, Ark. The sixth-seeded Tigers knocked off the 11th-seeded Mississippi State Bulldogs by a 4-0 score in the first round. The eighth-ranked and third-seeded Tennessee Volunteers defeated the Tigers by a 4-2 mark in the quarterfinals.

LSU will be looking for some help from this week’s Big Ten and Big 12 conference tournaments in order to jump into the top 16 and host the first two rounds of the NCAA tournament.

The 2008 NCAA Division I men’s and women’s tennis selection announcements will air between 1-1:30 p.m. CT, Tuesday, April 29, on ESPNews. In addition, the ESPNews audio signal is available on the ESPNews channel on XM Radio and Sirius Radio.

In individual rankings, junior Michael Venus jumped 11 spots to No. 28 in singles. The first-team All-SEC selection has compiled a 14-8 record and has picked up eight victories against ranked opponents this season.

The doubles pair of James Cluskey and Venus improved eight spots to No. 18. The Tiger Tandem owns a 14-5 mark this season.