Baseball to Make First Visit to Tulane Campus Since '97 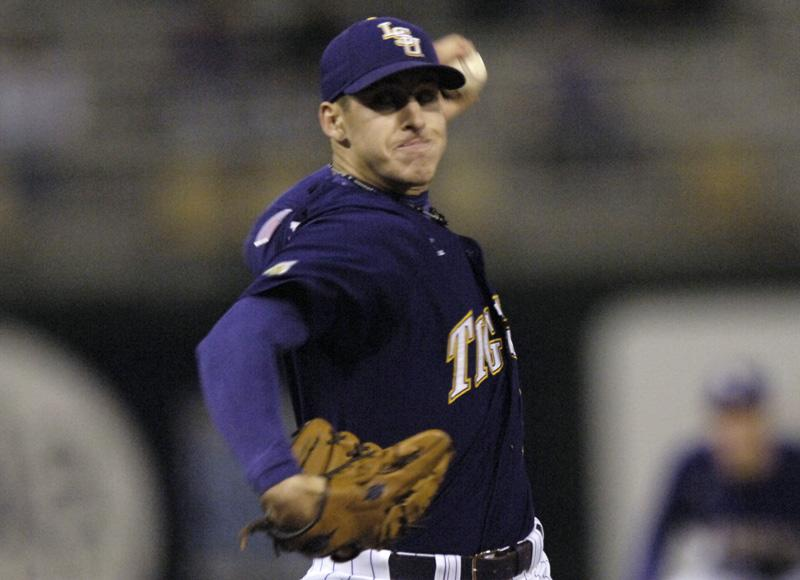 From 1998-2007, LSU and Tulane met either in Zephyr Field or in the Louisiana Superdome whenever the Tigers traveled to the Greater New Orleans area.

The LSU-Tulane game can be heard on the affiliates of the LSU Sports Radio Network, including flagship station WDGL 98.1 FM in Baton Rouge. Live audio and stats are also available in the Geaux Zone at www.LSUsports.net.

The game will be televised by Cox Sports Television (Cable Ch. 37 in Baton Rouge).

LSU is 0-3-1 in its last four games, including two one-run losses. The Tigers battled to a 10-10 tie with seventh-ranked Georgia on Sunday.

“We’ve had some tough losses lately,” said LSU coach Paul Mainieri, “but I’m confident our guys will bounce back and play well this week. Our players have shown tremendous resiliency all season, and I would expect the same beginning on Tuesday night. We’re excited about the opportunity to play in New Orleans against an outstanding Tulane club.”

Mainieri said that junior left-hander Ryan Verdugo will start on the mound Tuesday versus Tulane. Verdugo fired a complete-game victory in his last start on April 13 at Ole Miss, limiting the Rebels to two runs on three hits with two walks and two strikeouts.

Gibbs, who became the Tigers’ starting catcher on March 30, raised his cumulative average to .348 (24-for-69) with five doubles, one homer and 16 RBI.

Another LSU freshman, centerfielder Leon Landry, batted .467 (7-for-15) in the Tigers’ five games last week with one triple, one homer, four RBI and two runs. Landry hit .455 (5-for-11) in the Georgia series with one triple, two RBI and one run.

Landry leads the Southeastern Conference this season with five triples.

The Tigers collected 16 hits in Sunday’s game versus Georgia, marking LSU’s highest hits total in an SEC game this season.

LSU’s pitching was highlighted last week by the outings of junior right-hander Louis Coleman, who did not allow an earned run in nine innings of work. In appearances against Nicholls State and Georgia, Coleman gave up just two unearned runs on seven hits with three walks and eight strikeouts.