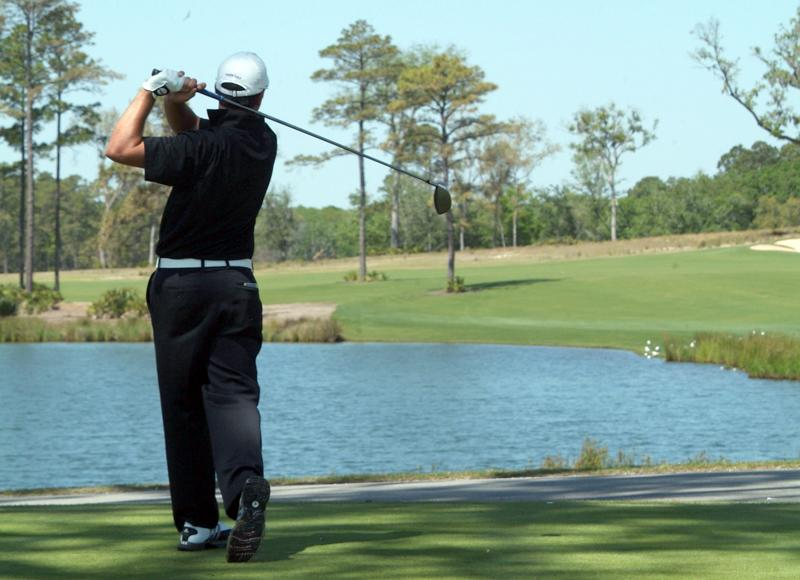 ST. SIMONS ISLAND, Ga. — The LSU men’s golf team wrapped up the regular season Sunday by tying for eighth place at the 2008 SEC Men’s Golf Championships and will now look forward to an NCAA Regional selection that will be handed out in the coming weeks.

The Tigers, who opened the final round in eighth place in the team standings, held its ground with a 11-over 299 on Sunday to tie Auburn with a 54-hole score of 24-over 888 for the championship.

“We had the opportunity to play a really good golf course that gives us an idea of where we’re at heading into regionals,” said LSU head coach Chuck Winstead. “For four of our guys, it was their first time to play in what is the most competitive conference tournament in all of college golf. It’s a good field for our guys to see what the strength of a regional field will be like.

“We didn’t have the best week that we could have, but this gives us a chance to take stock of where our game is at right now. We’ve got three weeks to continue to work and improve, and we will have to play much better if we want to make it out of regionals and qualify for NCAAs.”

The Tigers were led by the play of junior Jarrod Barsamian at this year’s SEC Championships as the Floridian wrapped up the weekend in a tie for 12th place with a 54-hole score of 1-over 217.

Sunday proved to be more difficult for Barsamian, who opened play just one shot out of the lead in a tie for second place after opening with rounds of even-par 72 and 2-under par 70 on Friday and Saturday. He closed the championship with a 3-over par round of 75 to miss earning his first career Top 10 finish by a single stroke.

After teeing off from the back nine and dropping to 1-under par on his round through six holes, Barsamian made the turn at 1-over following a double bogey on the par-five 18th hole. He closed with bogeys on the par-four sixth and the par-four ninth for a round of 75.

Sophomore Bryant Lach enjoyed the Tigers’ best round of the day with a 2-over 74 to finish in a tie for 48th at 12-over 228 in his second career appearance at the SEC Championships.

Freshmen John Peterson and Andrew Loupe matched Barsamian’s effort with a pair of 75s in the final round. Peterson posted a 54-hole score of 5-over 221 to finish in a tie for 25th place, while Loupe finished a 8-over 224 for the championship to tie for 37th place. Fellow freshman Clayton Rotz tied for 59th in his first career appearance at the SEC Championships.

“Our guys showed signs of good play this weekend,” Winstead said. “I thought Jarrod had a nice tournament for his first time. John played well at times, and so did Andrew. We got to see where we are at this stage of the game compared to the best teams in the country. What we do these next three weeks in our preparation will determine whether or not we’ll advance past regionals.”

The race for the team title turned into a rout as the Alabama Crimson Tide captured their first SEC Championship since 1979 with an eight-stroke victory over South Carolina. The Tide won going away with an 11-under 853, including a tournament best 13-under 275 in the final round.

Three Alabama golfers broke par on championship Sunday, including senior All-American and this year’s individual champion Michael Thompson, who fired the lowest round of the weekend with an impressive 7-under 65 to win by four strokes with a 54-hole total of 8-under 208.

Alabama’s second-round leader Joseph Sykora also broke par with a 1-under 71 to finish in a tie for second place at 4-under 212, while Crimson Tide standout Mark Harrell nearly matched Thompson’s effort in Sunday’s action with a final-round 6-under 66.

South Carolina fired a round of 10-under 278 to finish runner-up at 3-under 861, while Georgia finished nine strokes back in third after opening the day just three shots out of the lead.

The Tigers will now return to Baton Rouge and await their postseason fate as they expect to receive an at-large bid to compete in the NCAA Regionals, which will be held Mary 15-17 at a site to be announced. The Top 10 teams in each of the three regionals will advance to the 2008 NCAA Men’s Golf Championships to be held in West Lafayette, Ind., from May 28-31.